A couple of years back I did a a three part compilation series for Rakim's guest spots, unreleased tracks and B-sides. The first installment in the series focused on the year's between "Don't Sweat The Technique" and "The 18th Letter", without a doubt the numer one era in which fans have been able to hear unreleased songs, radio rips, and alternative/original mixes, thanks to bootlegging and underground radio. Why I've heard rumours before that Ra was working on an album around '95 that was eventually scrapped, the fact was recently confirmed from a very official source. I wasn't very suprised considering the amount of material from '93-'96 that is as good as any album cut but has never appeared in any official capacity. 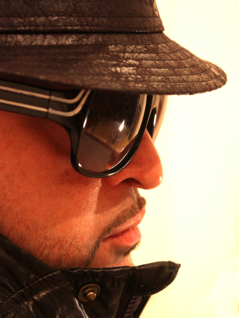 The quest to do a sort of "Lost Tapes" album for Rakim, focusing on the years mentioned above, came when B.I.G. producer Dominic Owens of Hi-Class who released three previously unreleased singles (and in some cases alternative versions from what we previously had heard) that he revealed he had recorded with Rakim at his Hi-Class Studos sometime durng 1995. This was followed by the official source that revealed the scrapped album, which appeared in Robbie Etterson's excellent interview with Domingo @ Unkut (great read if you haven't checked it out already). Domingo revealed that he produced "Original Style", the original mix of "Bring It On" and an untitled track that unfortunately never was completed; all sessions taking place in 1995. With that said, there was no longer a question in my mind that the world needed to hear this scrapped album, or at least what's still available on the net and bootlegs from it.

As I had done with the original "The Lost Album", I was well aware that there were plenty of heat rocks recorded around '95/early '96 While I there included some guest spots from Ra like Barrry Leinson's "Murderer", while I here only wanted the solo joints that I would imagine very likely were part of that shelved album. These solo tracks are all classic Ra and include jams like the Marley Marl produced "We All Got Plans" - a track that was premiered as an exclusive on Future Flavaz in January '96, and is to my knowledge the first time William Graffin and Marl has collaborated since the original "Eric B. is President" 12". This song was released on a white label 12", so I have updated the links thanks to the kindness of Letter_D's rip which doesn't feature any J-Love or DJ shouts. Other stellar tracks include Pete Rock's "Living For The City", Buckwild's "Last Resort", Easy Mo Bee's "Shades Of Black", Nick Wiz's "Once Upon A Rhyme", and much more. There's also original versions of "Remmber That" (whch made mixtapes rounds as early as '95), a more rugged version of Wiz's "Show Me Love" and Owen's "I Get Visual" track which is an early incarnation of "When I'm Flowing". 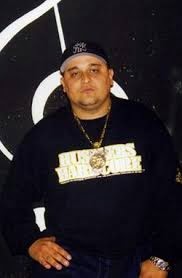 All in all, with its 40 minutes running time, this album is pretty much as good as "The 18:th Letter",. Had the best songs from both "albums" been combined in a quality way, there's no question that this would be a true hip-hop classic in the book of a majority of Ra heads. While there's a couple of tracks that didn't make "The Master" and "The Seventh Seal", this shelved, lost album is on another level. I've listened to the 12 tracks, 40+ minutes album plenty of times by now and it truly felt like a natural extenction of the Eric B. & Rakim joints with it's hard knocking beats and jazz samples; yet pointing towards the sound of the mid-'90s that the God MC would come to embrace on his solo debut. If you want to get the ultimate version of Ra from this time, why not add the songs on here with the finest from the retil album like "The 18:th Letter", "New York (Ya Outta There)", "The Saga Begins", "The Mystery" and "When I'm Flowin'" (which would replace "I Get Visual" as the Pete Rock remix is one of the best Ra' joints of all time in my book). 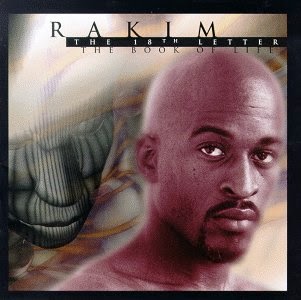 With that being said, "The Last Platoon: The Lost '95 Album", is not only interesting for the immaculate music and expert lyricism it provides. It's also one of the few, if not only, time that fans of The God MC has been taken behind the scenes of his process. Having recorded a full album that would most likely satisfy his clientele, he started out by remixing several cuts (bboth Owens and Domingo took a stab at "Bring It On" (see below), while "Once Upon A Rhyme" and, "New York to Cali" both went through at least one face lift before they were album ready. Add the fact that despite three songs from "The Last Platoon" actually  did appear on the retail they were so thoroughly remixrd that only the vocals were the only common denominator.- "Remember That", "Show Me Love" and "When I'm Flowing (I Get Visual)". The sheer amount of scrapped tracks., original versions,  and so on, I would be very suprised if "18th Letter" is in any way unique in that asopect but ratther Rakim's usual work method. We all remember the Dr. Dre / Aftermath situation, and even after he left that contract "The Seventh Sea" took many years to come - and it didn't feature some of the early street buzz singles like "I'm Back" and "It's Nothing". The former was also made in several versions before Ra settled on his favorite (although, for me - the seropior version was always the one with Lil' Fame. Then there was the blazing posse cut "Euphoria" which was listed as a digital bonus track, but with verses from Styles P, Jadakiss and Busta there's no question that this hardore song would do a great job in breaking up an often smootj album. Maybe even more unexpected when it came to cut tracks was when Canadian true school producer Marco Polo dropped his first single from hi prequel-album "Newport Authority 2" a couple years back. The song called "What's Wrong" was a soulful them e song on the dangers of capitalism that for all intents and purposes was Rakim solo. Marco revealed that it was a track left off "The Seventh Seal" almost came as a shock considering what could possibly have gone through his mind when deleting from the ultimate tracklist. Add to that the various bootlegged original versions of "Don't Sweat The Technique", "Pass The Handgrenade" and a few songs that didn't make the '92 album, and the question posed here gains a lot more weights.

So with that said, let's move on to the 1995 ompilation which I've choosed to call "The Last Platoon: The Lost Rakim '95" (The Last Platoon was actually  a crew that The R was rolling with at the time). Assembled amongst these tracks are an all-star line-up of mid-'90s producers royalty in the form of Dominc Owens/Hi-Class, Domingo, Easy Mo Bee, Gary G-Wiz of Bomb Squad, Nick Wiz, Marley Marl, Pete Rock, Buckwild and possibly Salaam Remi or Clark Kent (I'm not sure who in fact produced the original "Remember Dat" though some sources indiciate either Reemi or Kent) who are all featured here. In usual order I put a lot of thought and hard work into the sequenceing for this album so I really hope you'll at least give "The Last Platoon" a chance to bang it from font-to-back. As with any time with Rakim on the music, this is simply fantastic music; both from a lyrical perspective and from a beatheads point of view. As stated above the jazz samples, addictive breakbeats, horns and stand-up bass lines is a lot more reminiscent of the latter Eric B. & Rakim albums than what eventually become "The 18 Letter". Thereby it works as the perfect bridge between "Don't Sweat The Technique" and "The 18:th Letter"..TURN IT UP!! 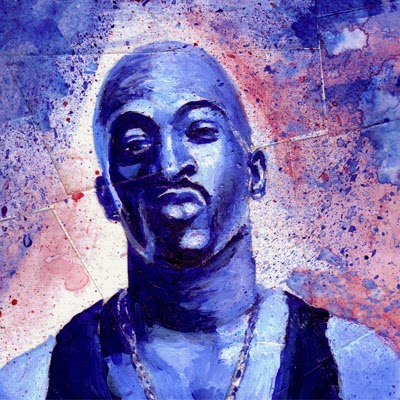