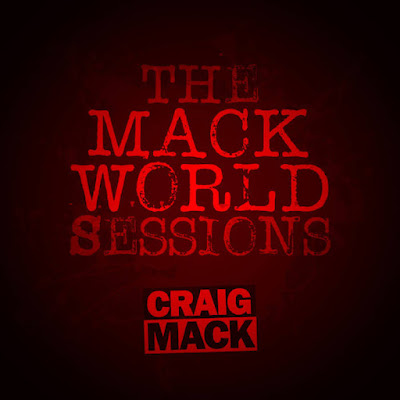 This album compilation passed a lot of heads without further notice when Craig Mack self-released it on his own digital label in 2017. To tell you the truth I wasn't even aware of this release when it dropped amd only came across due to his untimely passing. However looking through the tracklist I see that this is not a newly recorded joint but rather a collection of all the rare 12" singles and their B-sides he dropped in gearing up for his third album which would probably find its way to stores between 2000 and 2005. After Bad Boy cut him off after giving them their first grammy nominated and platinum selling he found a new home on StreetLife Records for his sophomore, and pretty lackluster, '97 joint "Operation: Get Down". Despite being overseen by Eric B. and featuring production by Ty Fyffe, Al West and Johnny "J" the LP flopped hard.

So it's not suprising that Craig Mack decided to leave all the glamor, glitz, A&R:s and major labels behind to focus on his third album. Unfortunately it doens't seem to have been completed, but through his work with proucers like K-DEF, The 45 King, Self, Hot Runner, Minnesota and J-Force. Though many of these songs appeared on rare White Label 12"s, the album never manifested.  Until last year that is - Craig Mack himself released the majority of these songs, sequenced as a proper album and given the title "The Mack World Sessions". This is interesting as many of the WLB singles was released under umder a "MackWorld" label, created especially for these releases. Perhaps Craig knew he had little time left and wanted to get the music he once worked hard for out there for the people to soak in. Enjoy and Rest in peace to a legend that was quickly forgotten.

Posted by lost.tapes.claaa7@gmail.com at 8:40 AM