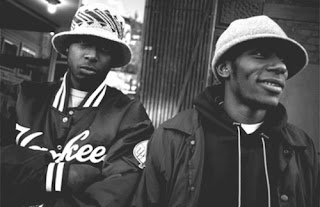 Mos Def and Talib Kweli hardly needs no introduction. Their debut album as Black Star defined the Rawkus era and launched them into succesful individual solo careers. Since then they have made several collaborations, but a sophomore LP is still on the wish list for a large amount of hardcore hip-hop heads. There's a possibility we might get that in a remotely near future, as 2012 saw the release of the first single from the duo in many years, featuring two brilliant cuts produced by beat brothers Madlib and Oh No, respectively. While we are, hopefully, getting closer to a full-length release I brought together a compilation of a majority of the material featuring both emcees together, not included on the 1998 debut. 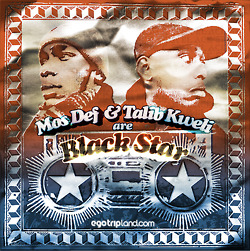 Spanning from the very earliest Black Star collaboration is 1997’s “Fortified Life” from the first Reflection Eternal which also gives the title for the compilation; Jay Dee’s absolutely unbelivable beat chop forms the beautiful “Little Brother” (originally from “The Hurricane” soundtrack) which I felt was the perfect opener for the album; “Another World” is a song that I believe was actually recorded for the album, as it was done in 1998, and appeared a year later on a compilation called “Wide Angles” (I also included the rare Da Beatminerz remix of The Creator’s original mix as a lil’ bonus treat); Just like “Another World”, “The Hard Magin” is produced by The Creators and appeared on their 2000 sophomore LP; “Beautiful” is actually a Mary J. Blige track, but when DJ Hi-Tek was asked to remix it, he brought in both Kweli and Mos, and rather than your typical R&B/rap collabo the emcees played a major role on the record; Mike Zoot might be a name that only the most serious hip-hop aficionados are aware of these days, but in the mid- to –late ‘90s he released several severely ill 12”s featuring fine producers and guests, one of them being the second installment in his “High Drama” series, featuring Black Star and Consequence.

As frequent Lost Tapes’ readers are well aware of, I am not interested in including material from the artist in question's retail albums, and while it’s true I think it would defeat the purpose to include anything from their ’98 album, I think the collaborations from their respective solo albums are necessary here. From Kweli’s albums I included the beautiful “Joy”, and although it only has Mos on the hook, remember that they both had a solo song each on their original album; “This Means You” from the first Reflection album sounded great in context and was simply a must, preferably rather close to the opening; “Get By” always was among my favorite Kweli songs, both in its theme and in Kanye West’s outsanding production. In other words it would have been an aesthetical crime not to include the posse cut remix featuring Mos Def, Jay-Z, and even West himself; “Supreme Supreme” was originally part of Kweli’s “The Beautiful Struggle” but got cut due to bootleggers. From The Mighty Mos’ album, there was no question about including the Ayatollah produced, aggressiveness of “Know That”, which, with its marching revolution style is one of my favorite Black Star joints. And then, last but definitely not least, I take things out on a more somber note with one of the greatest tracks recorded in the entire ‘90s – Pete Rock’s “Flying High” remix of the original album cut “Respiration”. This just as easily could have been called “Respiration Pt. 2” as it bears little resemblance to the original, and beside the thematic, all the vocals are completely new, even going as far as replacing Common Sense with an equally brilliant verse by the great Black Thought... Enjoy this 1! 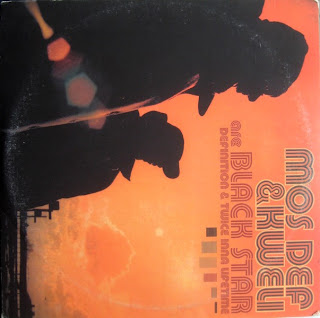 BLACK STAR - "FORTIFIED LIVE"
Posted by lost.tapes.claaa7@gmail.com at 4:25 AM