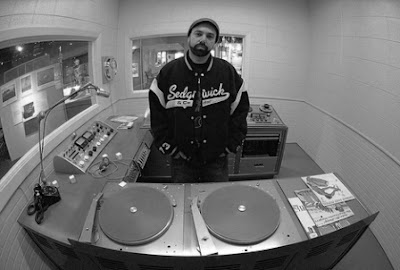 If you ask me, DJ Nu-Mark is without a doubt one of the most talented turntablists still active in the industry; a fact more than proven on his long-awaited "Broken Sunlight" debut LP. Though a member of celebrated underground crew Jurassic 5, his solo endeavour often stray away from his group's often tried and tested formula, while still always making sure the music stay rooted in the hip-hop and breakbeat scene. Especially at a time when the genre is mostly about casio beats underlying wack rhymes about parties, bitches and crime, Nu-Mark instead opts for originality, putting up his longfinger to pretty much all and any reigning trends. Creating 40 minutes of vintage hip-hop based music making full use of well crafted samples from a wide variety of sources, paying homage to the last 50 years of authentic black and latino music. With a diverse project like this it's easy to find the finished project being a real mess, straying all over the place. But through Nu-Mark's background as a world-class DJ and top producer, this is not a concern here. His knack for creating moods through different styles of music gives the project an eceptionally fascinating edge; one that will keep you on your toes through the entire set.

The thirteen tracks making up Nu-Mark's first official album as a producer, "Broken Sunlight" shows an ímmense skill for hypnotic grooves, impeccable turntablism, knocking drums and a vast amount of sampled dopeness from all over the world. Rather than the traditional boom bap he is known for when working in a group contet, here Nu-Mark blends several very different genres, including latin rhythms, rock guitars, and smooth jazz, into an hip-hop extravaganza that avoids ever sounding the least forced. Furthermore, Nu-Mark's knowledge as a DJ allows him to put together an album that comes of as a complete suite. "Broken Sunlight" have several standout moments, and as a whole lacks any dull ones. All in all, it is as diverse as it is original. 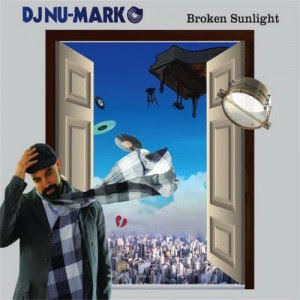 One of the few downsides of the album however, is that no less than 10 of the only 13 songs have previously been released. Since late 2010, Nu-Mark has released promotional 10" singles on a regular basis, buiding up hype for the then upcoming album. It was always greatly appreciated when one of those exclusive singles dropped, a truly good and original idea, though it turned out to be a slightly dissapointing experience since the result is that pretty much the entire album has already been heard. The mistake is that both the A- and B-sides of the five singles that's been out for a good while now appears on the final LP. This will hardly matter in a year's time as all ten previously released tracks are all bangers that undoubtedly will stand the test of time, but when paying full price for a 2xLP set one should expect more than only three brand new cuts; the Tiron-featured opener "Time is Now", Aloe Blacc who makes an impressive cameo on the smooth "Don't Play Around" and the soulful instrumental "Don't Play Around" that works as the outro of the album.

But let's forget about previously releaesd singles and B-sides, and let's view "Broken Sunligt" as an album on its own merit; and as that, it's a damn solid release that will reward repeated listenings. It's a good mix of lesser known rappers, the hardest underground emcees, talented singers, powerful turntable work, well executed breakbeats, and ill sample breakdowns. Together these elements is creating a wall of sound that could be enjoyed equally well in your favorite headphones at home or in a club setting, The album is filled with highlights, tracks that might have you wonder if you're still listening to the same CD/LP. Large Professor pops up for one of the true stand-outs (one of the first singles, "When You Sleep") featuring a beat that sounds right up in Pro's alley with its chops, keys, cuts and vocal sample hook. "Never Be Wrong" features MC Haas, and is a majestic joint with blazing horns and a repetitive piano loop that sets the center stage for the rhyming. 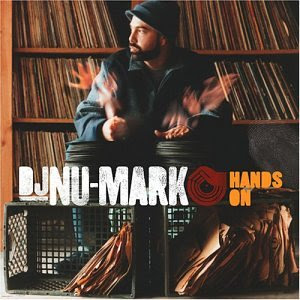 Short but deadly is in the instrumental intermission, that in my opinion, should have been the intro to the record; "Venegance is Mine". As is often the case when the trumpet takes the center stage, the intermission is triumphant and coupled with Nu-Mark's excellent turntable work, steady rhythm and progressive keys, it really sets up what to come. Luckily what's to come is another of the album's finest joints - "Dumpinn 'Em All", performed by the angriest emcee alive. Mr. 'Fuckin' Bumpy Knuckles. Over some synthesizer tricks and a blazing rhythm track, Foxxx lets loose of quotable after quotable.
While there's more hip-hop joints to be found on this great set, there's plenty of interesting stuff that doesn't necessarily fall into that categorry. Perhaps the finest being Nu-Mark's 2012 take on Earl Hines' classic "My Generation" (you know the song Pete & CL sampled for "Straighten it Out"). While most producers might have choosen to sample a small part of the record, our DJ goes all the way, keeping all the main elements of the original song, remiing it with a few minor tweaks to great effect! "Don't Play Around" is another slamming song with lots of things happening - from the '70s vocal sample, the rock hard drums, and the beautiful voice of the underrated Aloe Blac (and Charles "who?" Brady).. 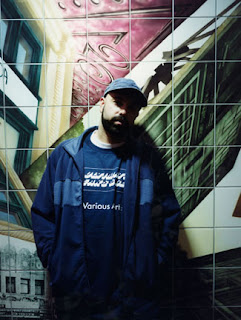 The closing of the album takes a left turn, going heavy with the latin rhythms, transforming them into breakbeats that will work fantastic for the B-boys. Quantic's "Tropicalifornia" is as brilliant as it is unexpected for a "hip-hop" release; crafted around the latin groove, Nu-Mark incorporates plenty of scratch work over the glaring horns and samba-tinged rhythms. The same goes for "Oya Indebure", which is not neither latin-tinged or hip-hop, but rooted somwehere in Africa in its sound and is heavy on the polyrhythm with Laudir de Oliveria providing vocals. This is powerful stuff as long as you got an open mind. It's only the one minute long outro which brings things back slightly to basics, with a more traditional backbeat, broken saxophones and beats, although it does keeps much of the experimenntal flavors of the previous joints. You could say the styles meets at the end and call outs for a rewind.
So there you have it; if you liked the five installments in the "Broken Sunlight" 10" series you're gonna have a blast with this one; the same goes for all fans of Jurassic 5 and Cut Chemist, and people that generally have an open mind for experimental hip-hop as well as other genres. If you're strictly into the hardcore ish you might do best to stay clear of this one. Final verdict - one of the best releases of the year.
Posted by lost.tapes.claaa7@gmail.com at 8:49 AM