I recently picked up the great DJ Spinna's compilation "The Beat Suite" in a impressively packaged 4x10" box set, which since has been on daily rotation. It also inspired me to dust off many of his previous records from the collection such as "Heavy Beats, Vol. 1" and "Here to There" as well as his collaborations with Polyrhythm Addicts and Jigmastas. Among the guys I would consider the top producers of the industry, Spinna would be among the few I'd consider the most diverse; from gritty underground hip-hop, to swingin' jazz remixes, from deep house music, on to warm soul and R&B, from here to there... Whatever he does, however, Spinna's music always has an element of the hip hop background he still cherries to the fullest. This allows him to turn people that's mainly into underground hip-hop on to other styles with more ease than many of his fellow producers. Of course, the DJ part of his name is not just a moniker either, as been proven time and time again with perfected mixtapes and impressed crowds.

Still, I know that a lot of people are sleeping on DJ Spinna and his vast contribution to the scene, so with the "Spinna Spinnin'" series I want to honor his impressive career as a hip-hop DJ/producer. On the first volume, I mainly concentrated on his collaborations with bigger names such as Busta Rhymes, The Roots, GURU, Sadat X, Eminem, and Masta Ace. For this second installment there's still some impressive names around (Pharoahe Monch, Mos Def, MC Eiht, De La Soul, Slick Rick, etc.), but it also showcases a few acts from his Beyond Real imprint and his talents with remixes. As usual, as this is strictly promotional, there's no music from his own retail albums, or does collaborations he's done as part of a group, etc. Enjoy! 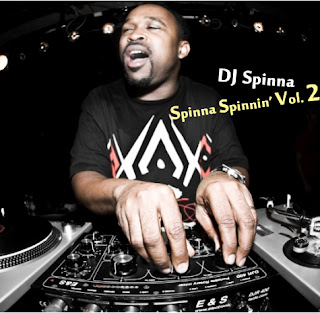