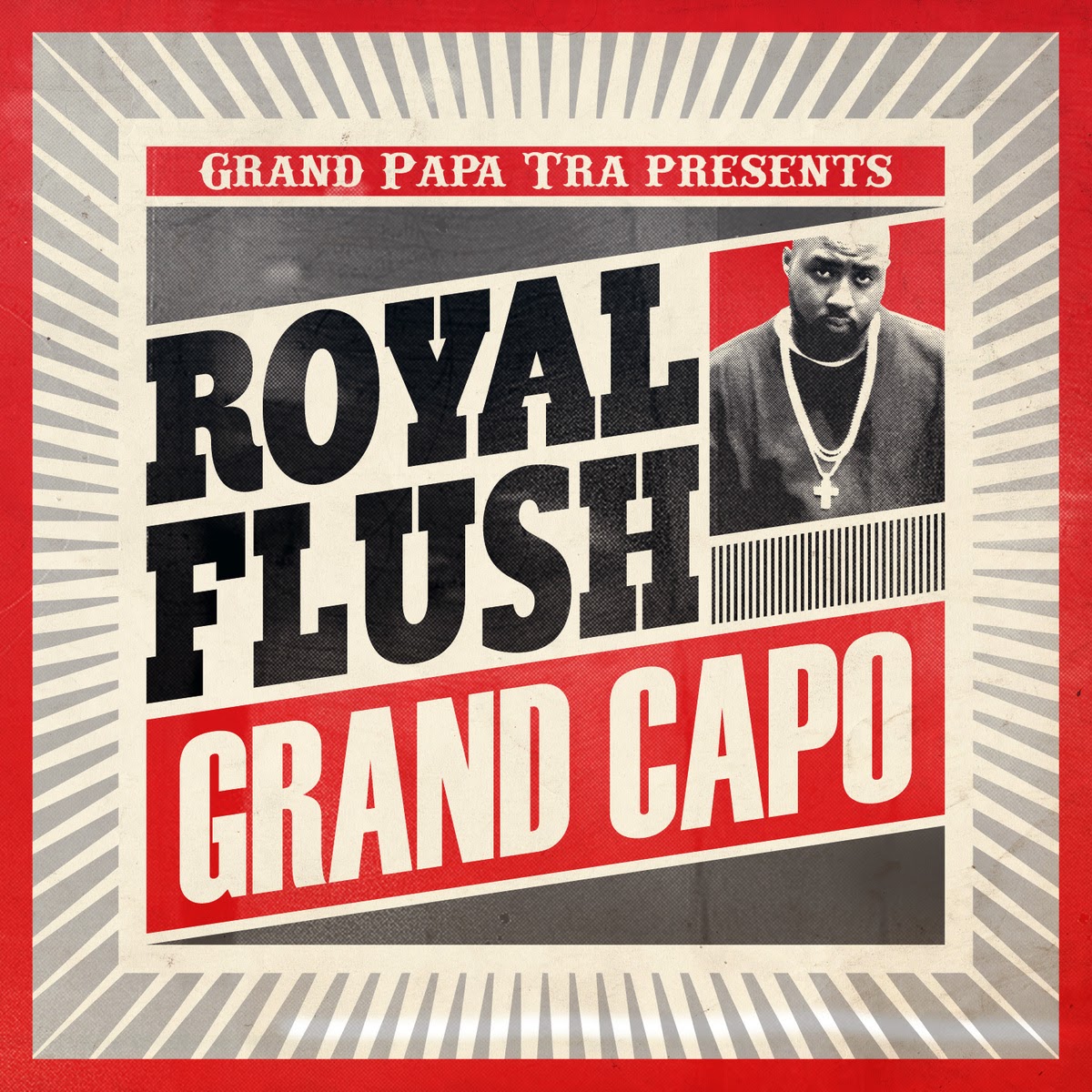 There's so much new music being released in a never ebbing flow these days that it's easy to miss out even on projects you're looking forward to. Such is the case for me with the latest album by Queens legend Royal Flush which he cooked up in conjunction with Swizz producer Grand Papa Tra. I posted a couple of singles and a 10 minutes snippet reel that had me pretty hyped but I had totally missed out on the release date which was this March 8. Well better late than never right!

"Grand Capo" features fourteen cuts, all produced and mixed by Grand Papa Tra, that sees Royal Flush in fine form for the first time following up on the early promise of his '97 debut "Ghetto Millionaire". There's also a whole lot of guest apperances on here, some a lot more interesting than others - like Sean Price, Mic Geronimo, Nutso, Illa Ghee, Lil' Fame, and even a posthumous feature from Ol' Dirty Bastard (!). The album definitely packs that real New York sound, and although it was recorded @ Goblin Music Studios in NY, it's beautifully ironic that it took a Swizz producer to create that vibe that Royal Flush best thrives on. The album is available on limited double vinyl, CD and digital and can be bought in various packages including a pretty sick T-shirt @ the "Grand Capo" Bandcamp page. A big treat is that the entire album is up for free streaming at that same site so be sure to check it out either there or via the embeded player below.

Posted by lost.tapes.claaa7@gmail.com at 7:49 AM