I always been a sucker for that true gangster street-edged, hardcore East Coast hip-hop and when the Queensbridge quartet known as Screwball came out with their 2000 debut "Y2K" i was simply in awe. Since the crew of Blaq Poet, Kyron, KL and Hostyle hardboiled debut album, which included such monsterous bangers as "F.A.Y.B.A.N.", "Who Shot Rudy?", "Attn. A&R Department", "On The Real", to name a few, the crew released the dope but definitely not up-to-par "Loyalty" LP in 2001 (which of course despite featured a shit load of bangers, it's after all Screwball we're talking about). This was followed by a slamming compilation called "Screwed Up" featuring some of the best works from both official LP:s as well as a few remixes, B-sides and previously unreleased cuts. Yet there are a bunch of Screwball and/or Screwball related material that didn't make any official album released under the group's name (including guest apperances, a few solo tracks by members and some real rare single releases under the Screwball name). Being that these QB OG's are amongst my favorite crews of all times a compilation of these tracks (which also includes a very few amount of cuts from "Screwed Up"). With 18 songs and about 70 minutes of pure QB hardcore hip-hop from these lyrical beats this compilation was really a no brainer, so I hope you enjoy it as much as I do!

On an important side note - This one is dedicated to my main man as it's one of his favorite groups - happy birthday Big Rob! BOOO-HAAAA!! 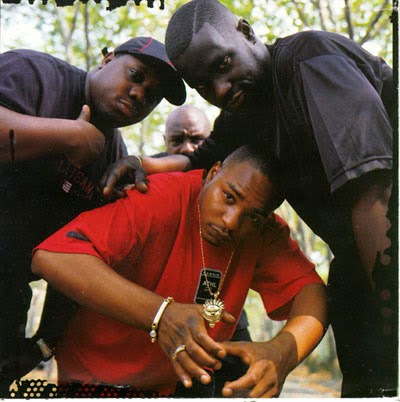