[Out Of Print] TERMINATOR X - & The "Valley Of The Jeep Beats"

You know I don't fuck with those blogs and websites that straight up steal from hard working artists by leaking their albums and making them available for free download. Mark my words that you will never see The Lost Tapes turn into one of that type of bullshit site; however every once in a while I like to do an "Out-Of-Print" article where I put the spotlight on an older album that is both out-of-print and never quite have gotten the credit it deserves. So with that little disclaimer now out of the way let us get down to business...

You could ask almost any hip-hop head about what made Public Enemy so special and most likely get answers involving either the commanding voice and lyrics of Chuck D or the explosive production style of The Bomb Squad. A few might even mention the innovative and often hilarious but always funky fresh antics of Flava Flav, but I can almost guarantee you that not once are you likely to hear the name Terminator X being mentioned. What made Public Enemy the perfect group was that they all complimented eachother to a degree few rap groups have done since or before, making every member as integral as the next. The presence of Terminator X's fists of fury and razor sharp preciseness on the wheels of steel loomed over everything the crew created at their highly charged peak - his beautifully violent scratch sessions we're all over "Yo! Bumrush The Show", (1987) "It Takes A Nation of Millions to Hold Us Back", (1988) "Fear Of A Black Planet", (1990) "Apocalypse '91" (1991) and "Muse-Sick-n-Hour Mess Age" (1994). What's so beautiful about Public Enemy as a group was that each member possessed a totally unique style that meshed so well with the group sound - it was almost like they were born to make the music they did and the albums they did. If you listen closely you'll realize that Chuck D rhymes as naturally and organic as the beats concocted by the Shocklee brothers and Eric Sadler, while Flav's unpredictability and hype antics is a much needed counterpoint to both Chuck's afro-centric lyrics and baritone voice and the bombastic production. At the same time. The last piece of the puzzle is Terminator X who uses two records, turntables and a crossfader to cut shit up in exactly the same "wall of noise" manneristics as The Bomb Squad creates NOISE. There are few hip-hop groups that at leas doesn't have one weak link that gets constantly overshadowed by the rest. The original line-up of Public Enemy, just like e.g. the classic John Coltrane Quartet, always worked extremely well because they relied on each other and grew together. That is one of the main reasons they managed to create some of the best hip-hop records of all time and are still to this day the epitome of the perfect hip-hop group. The group mentality also shun through on the first solo albums by Chuck D and Terminator X' which, aside from being very underrated, both sounnd very much like left overs from P.E. sessions  in many respects

Between "Fear Of A Black Planet" and "Apocalypse '91", Rogers started working on a solo venture of his own under his Terminator X moniker. Though he was never credited as a producer on any of the Enemy projects it's not hatd to tell that he's been a student of The Bomb Squad and their bombastic, sample heavy cluster productions when preparing his own work. The monstrous blast of pumping drums, kicking snares and chunky bass lines making way for a thick collage of sampled grooves (the infamous Wall Of Noise) fills the speakers from the opening "Vendetta... The Big Getback" and continues throughout the set with various suceeding results. Sometimes it works great and sometimes less so, but there's no mistaking which crew this guy is part of when listening. But although it sounds like an Enemy record in spirit, it never reaches the heights one has come to expect from those albums; neither are there any standouts a long the lines of "Rebel Without A Pause", "Fight The Power" or "Party For Your Right To Fight". Those records may have been done 25 years ago but they don't feel the least dated today, they are simply timelesss. "Terminator X in The Valley Of Jeep Beats" on the other hand feels very rooted in 1991, the year it was made. That doesn't at all mean that it's a bad album; on the contrary it is actually a pretty dope listen but it's not no classic either. There's some slamming beats here that'll have your head nodding in agreement, X's scratches are not only juicy but he takes every chance he can to let his turntable fury loose which is the constant highlight of the album, and on "Buck Whylin'" Chuck D shares vocal duties with Sistah Souljah over a powerful breakbeat that might very well be the best cut on the LP. Most of the other guests are relative unknowns which stands as its biggest achilles heel. With some real strong guest apperances and a couple of tracks co-produced by The Bomb Squad or other beat maestros of the time this could've been one hell of an album. As it stands now it's a solid release by one of the greatest hip-hop DJ:s of all time and is a well worth listen both for initiated P.E. fans and newcomers. And although I can't help but drool a little at the idea of a full album of songs in the vein of "Terminator X at the edge of Panic" I can't deny that the talented DJ did in fact release a worthwhile album in 1991 that should be in any Public Enemey heads collection... So if you haven't heard it yet be sure to check it out below and if you ever come across a vinyl copy in the dollar bin (which I've seen several times), don't hesitate to pick it up.. PUBLIC ENEMY NO. #1! 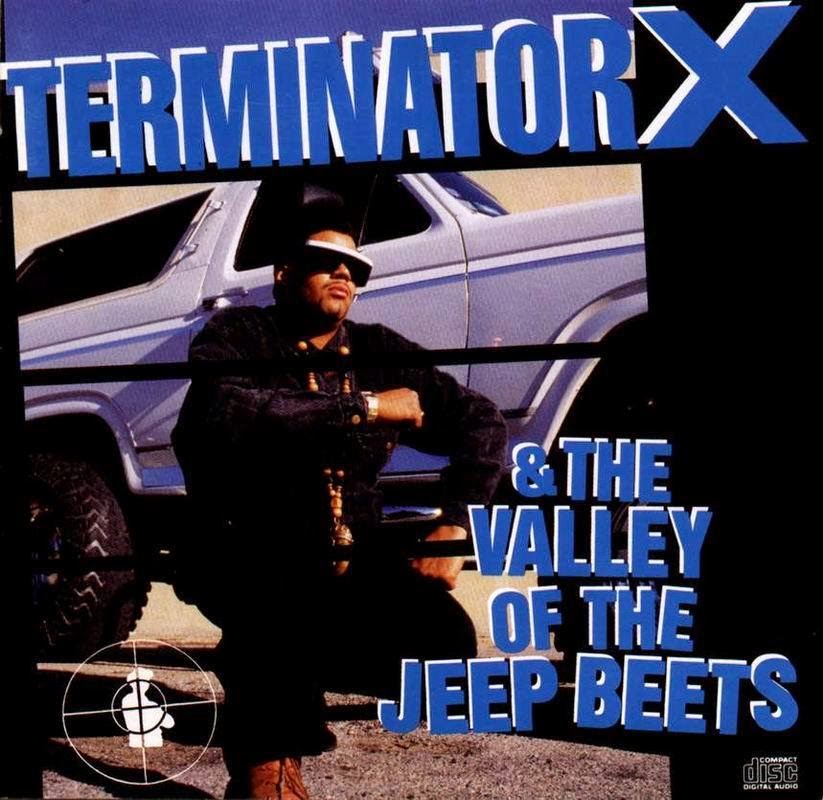