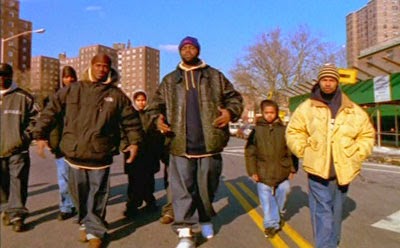 Being the huge D.I.T.C fan that I am the crew has a tendency that from time-to-time drop free or limited projects out of nowherre which is always extremely welcome. AG recently started his new website AGDITC.com and where he just let loose of a free download of a previously unreleassed 1999 EP he and The Ghetto Dwellas made together with production from Show and Amed, pretty much making it akin' to a Wild Life Entertainment release although it might be slightly before that labels time. Although some of these tracks have been released on later releases like "Rare & Unreleased" albums and a few on 12" songs, and unforutnately some of the songs cut off before they have run their course, making the 11 set into an EP clocking in at 21 minutes rather than a full album. Still this is a must hear for any D.I.T.C. fan, and especially as there's not that much Ghetto Dwellas material availalble (R.I.P. P-80) so be sure to BANG YOUR HEAD TO THIS!!

EDIT - The homie FreezyPazzy from the Philaflava/T.R.O.Y. forums came through big time on this and hooked me up with the full album, so no more two minutes snippets. Here is the full thing, and the link is just re-upped and should be working... DITC/Wild Life in the house!