GOD DAMN, I just wrote a long ass article on the new releases of one of the most exciting upcoming releases and for some reason the vast majority of it just dissapeared. Oh well, I'm not giving up, but the article will hardly be as informative as the original, but it has all the vital information. Order these records directly from RedefinitionRecords.com when available. In addition to these isted releases, the imprint has also announced a host of interesting projects, ncluding


This is a pretty funky DJ mix, originally released only as a free download and now as a cassette tape. The background for this short project gestated when Damu was asked to do a piece for EgoTripLand's recurring article series where a producer breaks dow his favorite samples and chops (you can read the article @ EgoTripLand.com). The article definitely sparked an idea in the young producer to mix those favorite records and put them out on a limited cassette tape on Redefinition. The result is what you hear above! You can buy the cassette for $10.00 USD @ REDEF.

KLAUS LAYER - "Play Me An Old Enemy"
German producer extraordinare Klaus Layer, the latest addition to the label roster, released his immaculate 90%  instrumental full-lengther "The Adventures of Klaus Layer" has just been reissued with an all new artwork and ´pressed on green wax (you can stream the entire LP and order it @ The Redef Shop. As if that wasn't enough, Layer is allso dropping a brand new 45 featuring the two non-album cuts ("Play Me An Old Melodu and the instrumental and electronica-tinged instumental version of "Come Back")
K-DEF - "Tape One" 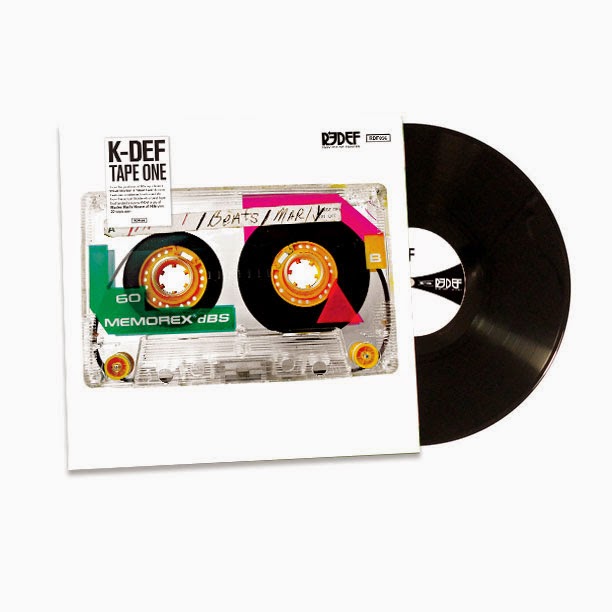 K-Def is by far one of my favorite beat maestros of all time, dating as far back as his many apperance son early albums by Lords Of The Underground, Inteligent Hoodlum,  LL Cool J ("Funkadelic Relic"; "Year Of The Hip-Hop") and many more. The next upcoming REDEF release is entitled "Tape One"  and though no release date or tracklist has been revealed yet, we got a few things to go on. Looking a the picture above it is suggested that it's actually not a cassette but a vinyl pressing of what I suppose is one of 'Def's mid-'90a beat tape being presemted on remastered vinyl. Definitely worthy addition´to ány respectabe collection,

In additional Redef news regarding Mr. K-DEF is the fantastic news bit that the New Jersey's finest is hooking up with one of my personal favorites of the past for an entire EP worth of new music - I'm talking about 45 King. Not much more info available but be sure to stay tuned for more info! 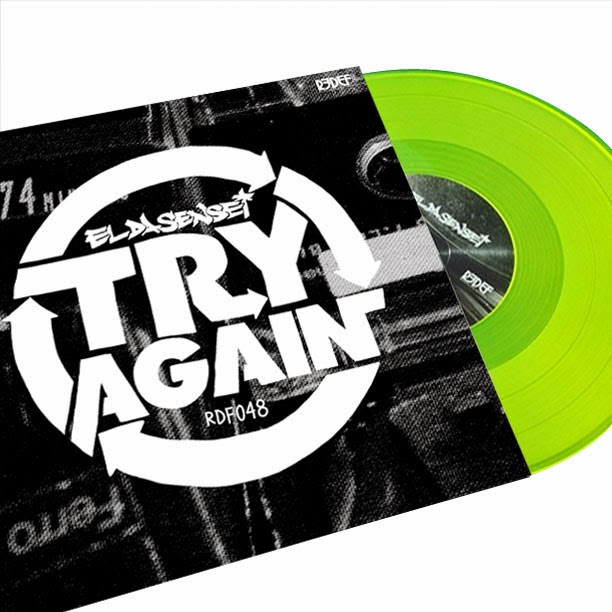 One half of the legendary Arsonists crew, El Da Sensei has been featured on a couple of Redef records already but the 12" single "Try Again" is the first actual release under his name.No tracklist or number of included songs have yet to be announced but what we do now is that the project will be released on June 25 so a tracklist should appear any minute now. Producers announced for "Try Again" are House Shoes, the underrated DJ Joc Max and¨D. Smooth, with The Fudgemunk providing the turntable wizardry. Would love to hear another K-Def collabo, followingtheir amazing "Back to Basics" but this sould still be one worth waiting for. In further news, it actually doesn't seem that an El Da Sensei / K-Def album is too far on the horizon according to Refdef's laest news letter, so let's pray for that one!

One more thing that Redef Records got on te horizon followinng this El Da Sensei single is a planned release of an actual The Artifacts 12"  single on the label. If this goes down this is the first proper Artifacts single since the late '90s and The Artifacts slept-on sophomore LP "The Ultimate".

RAW POETIC & KEV BROWN - "Concentrated"
Raw Poetic, one half of the duo Panancea, has already been in an important figure since the early days of REDEF; starring as sole emcee on K-Def's "Night Owls" ("Night Shift", 2011). The following year Poeric was cast as a guest emcee on two distinct Redef records; Damu The Fudgemunk's "Killawatt 1.5" and K-DEF's "´Easy Way Out " EP. As you can see Redefinition Records has got a whole lot of ill shit lined up for 2014.
Posted by lost.tapes.claaa7@gmail.com at 6:48 AM