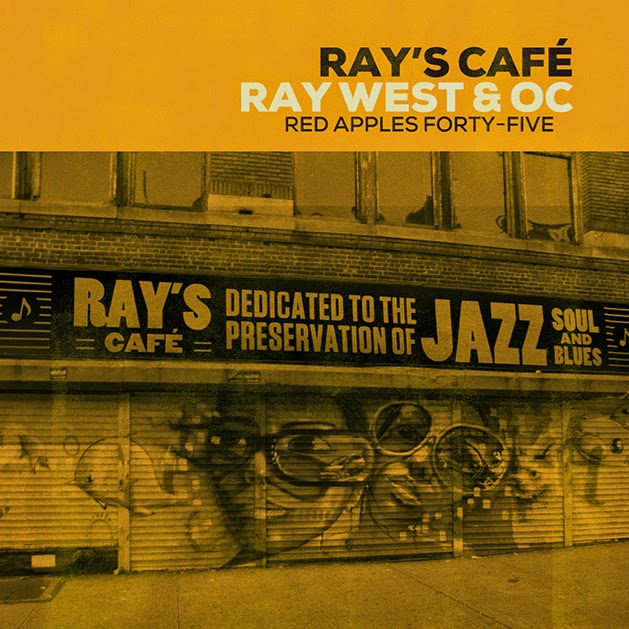 Superemcee OC started off the year with what is still one of the illest releases yet in "Ray's Café". A nine track offering fully produced by Ray West, the man behind Red Apples 45, who provided smooth, laid-back jazz grooves for OC to write and perform strong verses around his life and times, good and bad. Even with the iTunes bonus track "Just Cause" the Project was fantastic but left listeners hungry for more. Fans of the unique sound Heard in "Ray's Café" will be satisfied to hear that when Red Apples 45 and OC for the first time now release the project to CD (previous editions were all vinyl and cassette) they decided to round out the set with an additional 5 tracks. Hopefully these songs originate from the original sessions or at least invoke the same style as the original nine records, rather than just being whatever five tracks to fill out the space with. If it's not the latter this will truly make "Ray's Cafe" the new official OC album, rather than an EP or a side Project. Take a listen to the beautiful "Just Cause", peep the tracklist and pre-order your copy for its August 29 release.