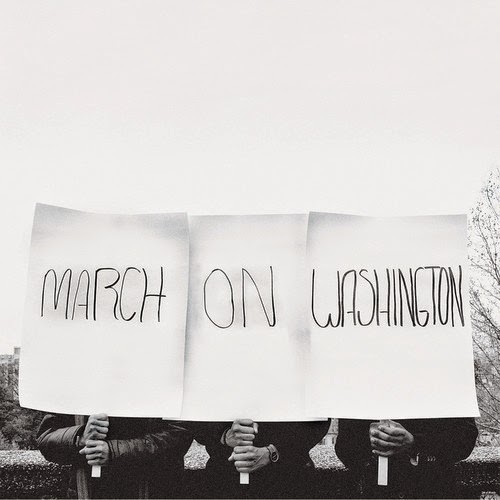 This is somethign I've been eagerly anticipating for a few years now - I was absolutely blown away by Washington DC trio Diamond District's (Oddisee, yU, XO) debut album "In The Ruff" back in 2009, and since then I really been fiending for a proper follow-up. Now it's completed, set for release, the tracklist and cover art has been released and now the first single - "First Step" - has dropped, and it's sounding GOOD.

The album, titled "March on Washington" is a 14 track opus entirely produced by Oddisee that is set for an October 14 release via Mello Music Group. Check out the tracklist and the first single "First Step" below!