The real Gang Starr heads are well aware of who are Hannibal Stax, and though he has yet to release a proper solo release yet he's been part of The Foundation since at least 1995. Together with underrated producer Mike Rone, he was part of Fabidden Fruit who was signed to GURU's Ill Kid Records back in the mid-'90s; releasing the banger "Hi Energy", produced by the Wu's True Master, on that GURU sampler which was followed by "Forbidden Fruit" on the first "D&D Project". People probably best know him for his memorable performance on the Gang Starr classics "It's A Set Up", and "Same Team, No Games", the Afu-Ra '98 B-side "Trilogy of Terror" and "All That" from his debut album. More recently H.Stax appeared on the DJ Premier produced Big Shug monster "Dirt" in 2005 and the Works Of Mart 2006 12" featuring "Proper Dosage" b/w the Mike Rone produced "It Iz What It Iz". 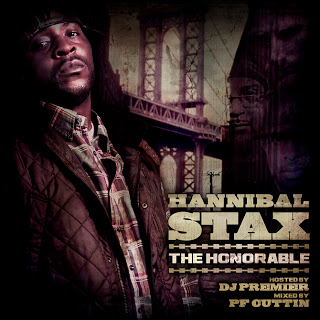 Now, finally he is preparing some well deserved solo material, as we got a testament of last week with the brilliant Marco Polo produced jawn "Sr8 Smashing". His mixtape, "The Honorable", mixed by the incredible PF Cuttin' and hosted by DJ Premier which of course guarantees quality will be made available in the coming days. The mixtape will serve as a prequel to Stax 2013 album "Seize the Day", which will be completely produced by Marco Polo. Polo has also announced that he's working on a second installment of his "Port Authority" series.

While we're waiting for the tape and following album, I put together a lil' Lost Tapes style compilation of H.Stax's previous works. As far as I know this is all the songs he ever officially released (not including his freestyle works); Thanks to the homie Fritz I was also able to include the 2005 B-side "Proper Dosage". Enjoy my little droogies! 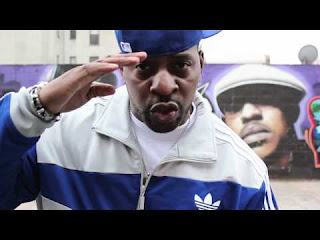 HANNIBAL STAX - "PREQUEL TO SEIZE THE DAY"
Posted by lost.tapes.claaa7@gmail.com at 4:39 PM