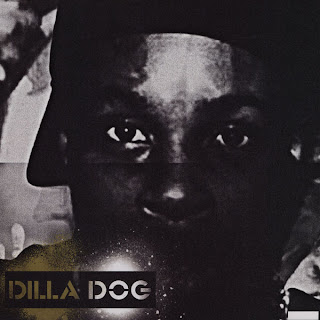 This has been something of a Jay Dee week here at The Lost Tapes; reviews of Frank-N-Dank's "48 HRS" and the four-track 10" EP that recetly was released in Dilla's name, announcements of the upcoming  "The Diary", and audio of the first single from that project. While "Rebirth Of Detroit" left much to wish for, it did include some fantastic music nontheless. Two of the best cuts on the entire album was the previously ureleased Dilla instrumentals that was enhanced by the virtuoso reed playing by Detroit legend Allan Barnes who first made his mark on the music industry throughout the '70s as part of the great The Blackbyrds.


His brilliant flute playing on the perfection that was "Requiem" would definitely been agreed upon by Yancey had he lived, and Barnes sax on the Jon Cee featured outro "The Best That Ever Did It" further showed the dynamic created between Dilla's MPC and Barne's live saxohone. What I didn't realize at first was that there's actually a third posthumous Jay Dee collaboration with Allan Barnes; an uncredited performance that appeared on the partly instrumental 10" EP "Dillatroit" that was released as a companion piece to the CD. Why this wonderful song didn't appear on "Rebirth..." is nothing short of a shame, considering the amount of weaker and misplaced songs that appeared on the final product. Dilla's somber piano sets the tone for the song, and as is usually the case with Yancey the drums are powerful enough to stand on their own. But what really takes "Mind Yo' Business" to the next level is the beautiful flute solo that is played throughout over D's creation; creating a dynamic making the song one of the best on either of the two releases. The virtuos soloist is uncredited here, but when comparing to "Requiem", there is absolutely no doubt that the musician here is no other than Allan Barnes. Based on these three songs, I sure wouldn't mind to hear an instrumental posthumous Dilla album in collaboration with Reed who's solos on flute, saxophone and clarinet could really create something new that I believe Yancey himself really woul have appreciated had he still been alive.
Check out "Mind Yo' Business" below, and if you, unlike me, have the slightest doubt that it's actually Allan Barnes who's soloing on the record please drop a comment.

J DILLA - "MIND YO BUSINESS"
Posted by lost.tapes.claaa7@gmail.com at 7:18 AM