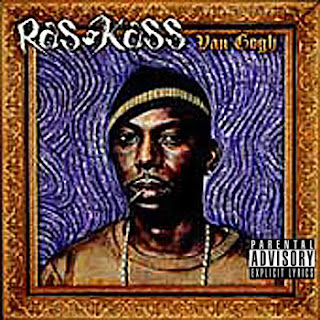 At one time, Ras Kass was truly the great lyrical hope of the West Coast, releasing two albums that were as fantastic as they were promising in the mid- to late '90s. I'm of course talking about the lyrical masterpieces "Soul On Ice" (1996) and the slightly inferior, but still very good, "Rasassination" (1998). Following those true gems, things started go downhill for various reasons for one of the most promising artists of the West Coast; it all started with problems with his current label Priority Records. His next official solo album ("Institutionalized") didn't land in stores until 2005, and if you don't know your history you might believe that Ras simply was fed up with the music industry and recorded shit all in those seven years. This couldn't be farther from the truth; in fact, Ras Kass completed no less than two albums between those two albums, neither which was sadly officially released although a few singles and several promo ads made their presence known. 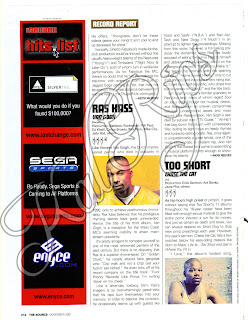 In late '99 the brilliant West Coast artist was set to release "Van Gogh", an interesting album for Ras Kass die-hards but at the same time a far cry from his two first albums in both production and lyrics. Still, there's a bunch of dope tracks here that any fan of meaningful West Coast rap and The Kass should here. One of the most interesting parts of the album is The Alchemist "diss" which stemmed from Ras being promised an ALC beat for his album, which the producer sold to Jadakiss for his "We Gonna Make It" before Ras got the chance to release his album. The DJ Khalil produced "Kiss U", one of the illest cuts on the LP starts off with about one minute prelude set over the Alchemist beat and Ras' first verse over the song which was to be called "Home Sweet Home". It's abruptly cut off which is a shame since the song could bring some more much neated heat to the project. Khalil also laces Ras with the title track which is another banger. I get the feeling that DJ Khalil should be the main producer of this album, as he and Ras seems to have a nice chemistry between them. I also got to give props to the fat track "NBA", one of the first songs to feature the trio of Xzibit, Saafir and Ras Kass; also known as Golden State Project.


Everybody's favorite Ras' joint pre-"Soul On Ice", "Goldyn Child" appears early in the album, and while it's lyrically fierce, the beat leaves much to the imagination and sounds pretty genertic overall (although it has been said that Dr. Dre produced it). In other words, this is hardly the classic DJ Premier remix we hear here, but rather the original version which is so bland that it makes you appreciate Preemo's remix skills even more. This is followed by the Dr. Dre West Coast anthem "Back It Up" which is actually sounding pretty ill, and would definitely get a club moving back in 2000. Some other dope cuts here are the Xzibit featured "Sex", which for a change is an actually good production by JellyRoll, though it's quite unconventional it suits the two emcees quite well. The two final tracks, were Ras Kass gets introspective over some somber production ("God Bless" and "Eulogy") is a real nice way to round off the album.