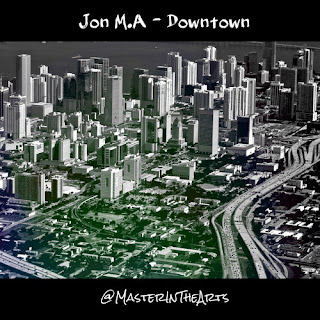 I have some memory of John M.A.'s previous work and though I don't have super clear image of what he was doing, I remember that I did like him as an artist. Naturally I was intrigued to see his name pop up in my inbox just now, and it turns out that he's working on a new project called "Master in the Arts". "Downtown", the first single features Wale and John kicking reflective lyrics over a somber production with progressive drum programming; produced by LG The Producer.

Posted by lost.tapes.claaa7@gmail.com at 8:37 PM