I've always been fascinated by the phenomenon known as the B-side, the non-album track that on occassion has outshined the A-side as more non-traditional tracks would be allowed. One such track is "Paper Thin", coming right off the heels of Bahamadia's excellent '96 solo debut "Kollage". There Philadelphia's "anti-gangster bitch" hooked up with her home team The Roots for the slamming "Da Jawn", one of the few released cuts not on that project to sport the "Illadelph Halflife" vibe. It's possible that the same session also gave birth to the MC Lyte cover "Paper Thin" which musical backdrop is produced and performed by The Roots and grooves on some real slow-moving head banger funk that's a perfect fit for Bahamadia's unmistakable voice. It's an excellent track that I bet quite a few people might have slept on so let's rewind to 1996 and the B-side of the "Biggest Part Of Me" 12". The song was also made available to DJ:s and radio stations on a limited 12" promo including the instrumental on the flip - grab it below. 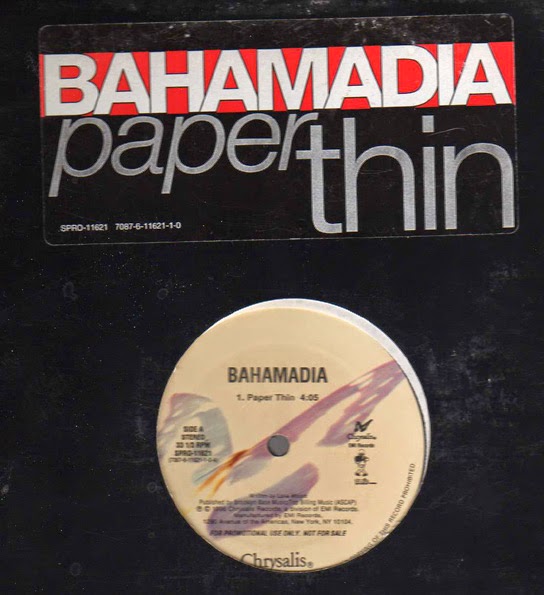 BAHAMADIA - "Paper Thin"
Posted by lost.tapes.claaa7@gmail.com at 2:43 AM

Email ThisBlogThis!Share to TwitterShare to FacebookShare to Pinterest
Labels: Bahamadia, The Roots