The second installment in the Gang Starr series features every collaboration Guru and DJ Premier did together as guests on other artists records, a total of 19 songs and just like the previous compilation it's just as banging. I actually put together the three installments in this series the day Guru died which really hit me hard since I grew up listening to his words and he gave me strength on several ocassions. He surely will be missed for a long time. The thought behind these three tapes is to give the GangStarr heads each and every DJ Premier/Guru collaboration recorded (except for the album songs of course - shame on you if you don't have them already and either way I don't believe in posting retail albums). The only song on here that is not a Gang Starr cameo is the first, "Here's The Proof", which was a B-side from the 1989 "Manifest"VLS - regardless the 1st CD was full and this is too dope to just ignore so just enjoy  it for what it is. Oh and i throw together a little cover for this, nothing special but who gives a... 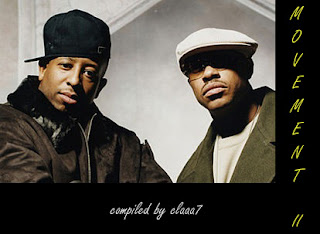