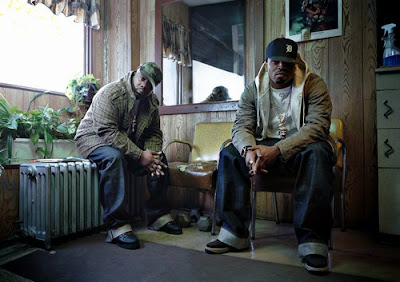 James Yancey, also known as Jay Dee or J Dilla was one of the best musicians of our time and when he tragically passed away in 2006, the loss was felt by the entire hip-hop community. He was able to touch so many people through his music and was nothing short of a musical genius. Despite the sadness of never again hearing a newly recorded Dilla cut, Yancey's legacy lives on through his huge catalouge of immortal projects like Slum Village's "Fantastic Vol. II", Common's "Like Water For Chocolate" or Q-Tip's "Amplified", his top-of-the-line productions for both hip-hop and soul legends like A Tribe Called Quest, D'Angelo, Busta Rhymes and Erykah Badu or even his own raw underrated rhyming skills heard on such classics as "Fuck The Police", the early Slum Village material, "Champion Sound", etc. Apart from all the released material he left behind him; the countless knocking beat tapes mainly used for practice and inspiration that he used to pass around to his close friends for whom these tapes became known as "Treats". And even now, six years after his untimely passing "new" Dilla tracks pops up every now and then, like Yasiin Bey's brilliant "Sunshine Screwface" and the full album "Rebirth Of Detroit". Hopefuly generations to come will continue discovering the vast catalouge of Yancey, never letting his name fade into obscurity.
Around 2004, Yancey left his home of Motown for the sunny LA and Stones Throw records; but only after one of his most productive periods had tooken place; releasing "Welcome 2 Detroit", the 12" anthem "Fuck the Police", recording the "Ruff Draft" EP and produced countless other artists. All this dopeness coupled with his history caught the interest of an A&R at MCA Records. The label wanted to sign the producer/emcee for at the very least one retail album. This was fine with Yancey but he refused to sign the contract unless they also signed his P.N.C.'s and Detroit homies as well - Dankery Harv and Frank Nitti; the,duo known as Frank-N-Dank. MCA was reluctant to sign a totally new and unheard rap duo from Detroit, even though Jay Dee were to produce the entire album. Eventually they gave in and in 2002 both Frank-N-Dank and J Dilla were signed to MCA Records for one album each; "48 HRS" and "Pay Jay", respectively.

After signing the contract with MCA, it didn't take long before it become clear that the label wasn't too happy with either of the two projects in work. Dilla's '"Pay Jay'" was something of a prank-on-the-industry as it featured one of the greatest producers of all time only showcasing his rhyming talents over other respected producer's beats like Madlib, Pete Rock, Wajeed, ?uestlove Kareem Riggins, Bink, Kanye West and more. As for the trio's "48 HRS", the label originally rejected the original material Frank-N-Dank and their producer handed in. Part of Dilla's production idea for the original F-N-D material was to create brand new beats using well familiar samples that had previously been made famous on classic hip-hop songs. The idea was to put his skill as a producer to the test to show that he still could flip something like that in an interesting and new way. Some samples used included "Juicy Frut" by Mtume (better known to hip-hop heads as the main sample for Biggie's "Juicy"), Labi Siffre's "I Got the Blues" (used for both Jay-Z's "Streets is Watching" and Em's "My Name Is") and Curtis Mayfield's "Give Me Your Love" .
It can be speculated that MCA decided to shelve this original sample based version due to not wanting to pay for clearing that many famous samples for a atill totally unestablished act. MCA didn't however shelv the project entirely but made the trio take it back to the drawing board to begin work on a completely different, sample-free version of '48 HRS''. This version sounded much more like a early 2002 club album with a Dilla twist; heavy on the live instruments and especially the synthesizers was a prominent sound, thug lyrics and clear influences from the production that The Neptunes and Timbaland were doing at the time. After completing the second version of the album as well, MCA ultimately shelved both versions of the project as well as "Pay Jay" resulting in both acts being dropped from the label.

Frank-N-Dank did however  put out a semi-official bootleg of the second version of the album themeselves; the one that Dilla himself has been quoted as saying was the version of the LP he didn't like very much at all. Also at the time the trio worked on both drafts of the LP the duo released a rather large amount of 12" singles and white label releasess which I have collecdet and put together with the five best songs on the semi-legit 2003 bootleg release. My point is to create an album like compilation showcasing what "48 HRS" could and should hae been. While it's not the original album they recorded in full, I think it manages to give us a pretty good look into how incredible that unreleased LP actually were. The instrumental to the original sample version of "Ma Dukes" can be found as the last track on "Jay Stay Paid" but i have never been able to find that version with vocals, but i love the other version as well so it's included here - same with "Keep it Coming" which has ?uestlove on the drums and is simply amazing. Either way this ended up being an infinitely better album than the one that was released in 2003 and any Dilla fan should fucking love this. Also I'm pretty sure, you won't find the original "All Seasons" anywhere else. I know i've banged the hell out of this for two year or so, and i think there might be several songs on here that you are not too familiar with if you're not a true Dilla fanatic. TURN IT UP!!!!

"We tried to give the masses what they were looking for, but it wasn't what the label was looking for. And we kinda took a whole year-and-a-half in the hole, basically. We worked on the album so hard. If I'd known that they wanted this simple shit, well I wouldn't call it simple, but the shit that we do so easy, you know, we woulda did that. But we tried to put work into this album and tried to give them some shit that's competitive with this Roc-A-Fella camp and with this big money shit. We wanted to take it bigger." - J Dilla on the original album 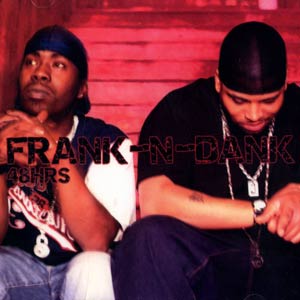