My readers already know i hold Jay Dee a.k.a. J Dilla as one of the top 5 producers to ever touch an MPC; he re-invented his style as soon as other producers started catching on to what he's doing and he was involved in countless classic albums; "Like Water For Chocolate", "Labcabincalifornia", "Beats, Rhymes & Life", "Voodoo", "Mama's Gun", "Fantastic Volume I" + "II", "Only Built 4 Cuban Linx... II", "Champioun Sound" and countless others. One of the things that really separates Dilla from other top producers though is his ability to produce R&B and soul with a clear hip-hop influence and "The Soul Of Dilla" is a great showcase of that work. Don't worry though there's guest verses from Q-Tip, Phife, Common, Mos Def, Frank-N-Dank, Slum Village and other rappers on here as well though the focus is on sweet soul singing. Personally this is one of my absolute favorite JD comps i've done, i love when i have a theme to work with, and i actually compiled a volume II as well that might show up on this blog as well sooner or later.

In due time you will also see a compilation highlighting DJ Premier's soulful R&B joints that also works as an installment in this series; "The Soul Of Preemo" so be on the lookout for that. Now get your groove on and btw.... TURN IT UP!!!!!!!! 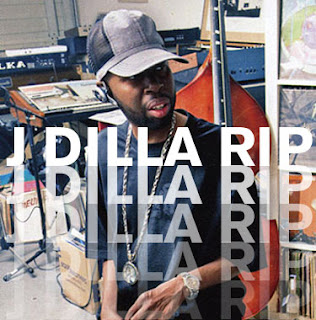