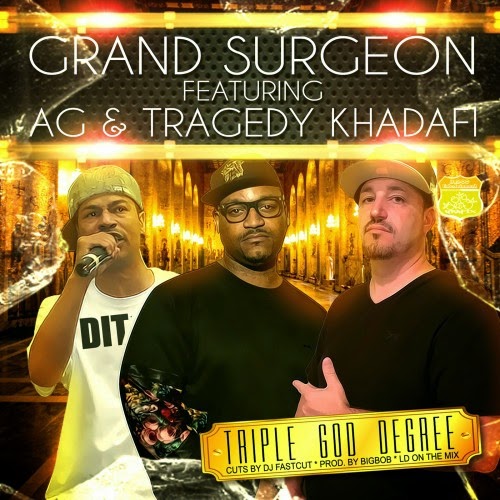 Grand Surgeon is a Brooklyn based emcee and producer who is currently working on his upcoming album "The Blessing Vol. 1", entirely produced by Big Bob Pattison. Previously two singles have been released, including the KRS-One and Cutty Ranks assisted title song which you can hear below. Now the latest single is here, featuring two of my all time favorite emcees - AG and Tragedy Khadafi, who, as does Grand Surgeon, both does a fantastic job over the hard hitting beat with turntable work from DJ Fastcut. Check it out below and be sure to keep your eyes and ears open for the full album which should be out soon.