WU-TANG CLAN - "Ruckis in B Minor" 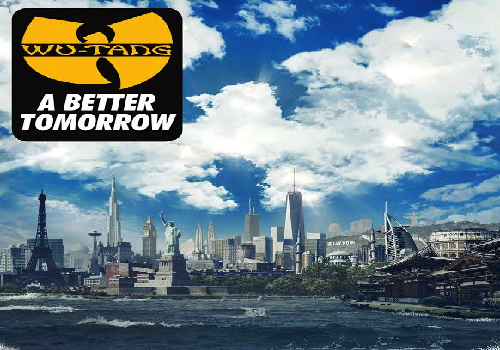 Yesterday I posted the tracklist and artwork for Wu-Tang Clan's upcoming sixth studio album "A Better Tomorrow", a long with a snippet of the opening track "Ruckus in B Minor". Now the Clan has choosen the track to be the official third single of the LP, and I'm feeling this shit - unlike the previous singles no wack singles, instead we get a classic scratch hook. Produced by RZA and Rick Rubin and unveiled by Funkmaster Flex...Pump it up LOUD though!!

EDIT - Wow, MissInfo came through and played a different version which is definitely the album version because the time of 5:25 is the same as on the official tracklist. It also has additional verses by Raekwon and Masta Killa, so everyone is on this. What a fucking track!!!! Check that version out below

EDIT #2 - Another great find from the good guys over @ Wu-Tang Corp. A 3 minutes video from a listening session of "A Better Tomorrow" reveals snippets of "Ruckus in B Minor" a long with two as of yet unknown tracks. Especially the last one sounds crazy. Thanks to Pyrex Visionist and Talassi. I can't wait for this album, that's official!

Posted by lost.tapes.claaa7@gmail.com at 4:42 AM