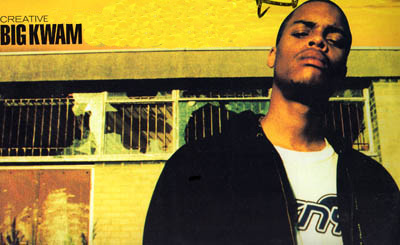 I've had heard a few Big Kwam joints on mixtapes, cameos, and such back in the days, but about six months I picked up the "Verbalize: DJ Spinna Remix" 12" B/W "Capacity Blown". Needless to say, I was absolutely blown away by this talented wordsmith that embodied the NYC underground scene of the mid-'90s underground I first fell in love with. In fact he reminded me slighttly of an original mixture Inspectah Deck at his peak and a young Nasty Nas with a lot of uniqueness of his own to bring to the table. I am destined to find the rest of his discography eventually, but right now I'm sad to say that the aforementioned single is the only entry of his in my collection so far, but trust me when I say that they one day will find their ways into mt crates. Kwam's got a rather small discography however, but thanks to the digtial age, some "net digging" and frequent Lost Tapes collaborator Fritz giving a helping hand, I have managed to collectt all his recorded/released material which enables me to to introducing my trusted readers with a complete compilation of the rhyme slingers strictly impeccable works. And what an "album"/"compilation" it is; I really hope I will manage ti turn a few heads on to this lyrical beast who has such good taste in beats after a listen to these 17 songs.

Not much are known about Big Kwam, he pretty much dissapeared frm the scene as soon as he made his entrance with the powerful VLS. With only a few exceptions Kwan clearly put qualtity over quanlity. Kwam certainly were a part of The Creators' extended family, as they single handedly produced all of the five 12":s he released between 1996 and 1998; save for some outstanding remixes by DJ Spinna, Vinyl Reanimators, Peanut Butter Wolf, and Mr. Mayhem. He also made two apperances on the duo's '96 debut "The Creators Have A Master Plane". After solid guest apperances between '96 and 2000 holding his own LP where he bumped his lyrical head with veterans such as Pacewon, Diamond D, El Da Sensei, Twan, Aquasky, over beat by Buckwild, Da Beatminerz and Nick Wiz. This collected disography begs two question - what the hell happened to a lyricist like Big Kwam that could go far on the underground scene, as the seventeen joints and 67 minutes will have any true hip-hop will rejuoice over. So TURN IT THE F' UP and mad props to Fritz and my local record shop and my digital crates. 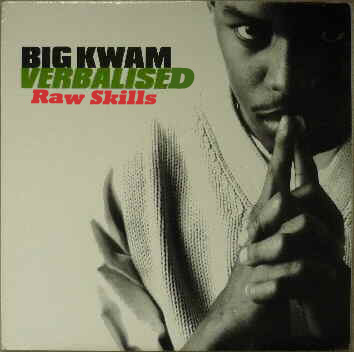