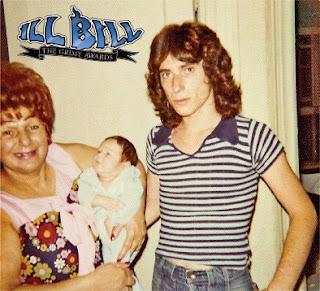 Ill Bill's"The Grimey Awards" packs one of the most exciting tracklists in some time, and as Bill regulary delivers heat this should definitely be an enjoyable ride once it drops on February 26. Loads of interesting collaborations here; I can't wait to hear Shabazz, Lil' Fame and Ill Bill, not to mention the combination of OC, Cormega and Bill on a DJ Muggs production!

* it seems that track #13 will be a Pete Rock remix of the single that was released recently (and can be heard via the link) as official sources credited that as an Ill Bill production.
Posted by lost.tapes.claaa7@gmail.com at 4:15 AM