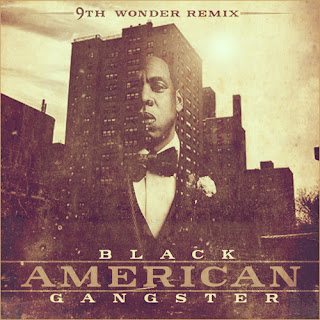 It started with the incredible "Threat", an original production by 9th Wonder that was placed on a multi-platinum selling Jay-Z album in 2003. That same album, "The Black Album", was remixed in its entirety by 9th a couple of years later to great effect and now it's time again. The former Little Brother member takes on Jigga's "American Gangster" album in full; giving it the 9th Wonder Remix treatment.

"I wanted Black American Gangster to sound like a 70′s soundtrack, or to sound like a bunch of 70s groups came through and rocked with Jay…Therefore…I put “featuring” on a lot of the jams…..hope yall enjoy." - 9th Wonder 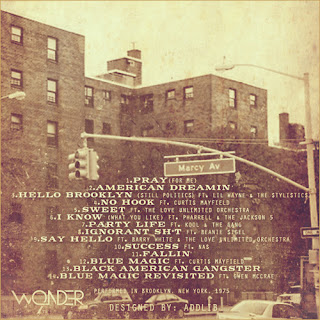 Posted by lost.tapes.claaa7@gmail.com at 4:48 PM