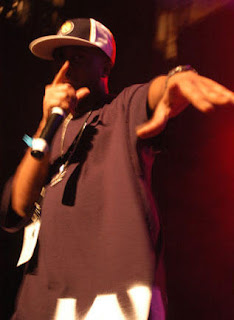 That's right, another day, another Dilla compilation brought to you by The Lost Tapes... This one's a little different however, since it doesn't feature a single beat by the great beat fanatic (save for one co-producer credit). Instead I wanted to make a compilation of JD's work behind a microphone, focusing on his many guest apperances during the last few years of his life. Recorded between 2002 and 2005 the 13 cuts included here combines to form a perspective on Dilla's musical passion that's often much too overlooked. Granted, the man was never the most sophisticated emcee but to me he always had enough skills to rock a party, and his voice and cadence were just DOPE.

2013 may very well be the last great year as far as Dilla releases go; I'm sure that they'll continue to create albums through the use of material from his many beat tapes for several years still to come, but this year we're getting the last two, previously unreleased, projects that Dilla completely supervised during his actual lifetime. Frank-N-Dank's "48 Hours" is spinning on my turntable as I'm writing, but the real explosion is yet to come... I'm talking about the release of Dilla's almost mythical shelved MCA album, "The Diary" (previously known as "Pay Jay"), which I'm extremely hyped to finally be able to collect when it drops later this year. That album of course features Dilla as a solo artist, an emcee, rather than a producer, although he does in fact lace a few bangers on it as well... I'm just hoping that the execs. (one of them being Frank Nitty) will remain as close as possible to his original vision as far as the mixes, sequencing and all that when preparing it, though I'm not too worried as I think they handled the Frank-N-Dank project beautifully save for the lazy artwork. Well well well, with that being said, let's get on with what you can view as a nice little prequel for the final piece of the Jay Dee catalouge... Here's "Words From Dilla" - TURN IT UP!! 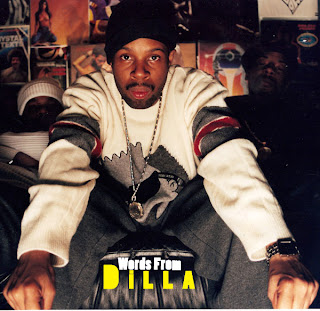 J DILLA - "WORDS FROM DILLA"
Posted by lost.tapes.claaa7@gmail.com at 3:35 AM