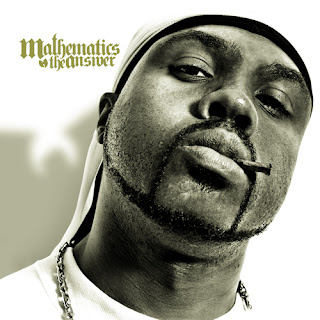 Another dope release coming out on April 16 is the fourth solo/production album from DJ Allah Mathematics; in a way one of the founding members of The Wu-Tang Clan though he's initital focus was on promotion and marketing and the occassional DJ set. But when he started producing in '97 it was evident that he had learned from the best, some of his finer moments ("Mighty Healthy", "Wu Banga 101", the five songs on GZA's "Beneath the Surface", his contributions to both Red/Meth albums, his contributions to RZA's "Digital Bullet", Killarmy's sophomore and "The Swarm" compilation, etc.

With tracks like the aforementioned I always felt that he had the power to be just as good as True Master and 4th Disciple, but unfortunately many of his later productions haven't done much for me save for the occasional banger; his previous solo albums, while still good have left some to desire if you ask me. However, for the 20:th anniversary of the Wu-Tang Clan's first single "Protect Ya Neck" (which of course Math designed the logo for and was a creative part of), Math is releasing "The Answer"; fully produced by the man himself, and chock full of the usual suspects, and then some. To kick things off, here's the first single  The line-up of thi posse cut is pretty damnn crazy, you got Ghostface and Raekwon ripping it, you got Termanology coming through and two verses from Math's side-team which includes Eye Slow and Bad Lucc.

Posted by lost.tapes.claaa7@gmail.com at 9:05 PM