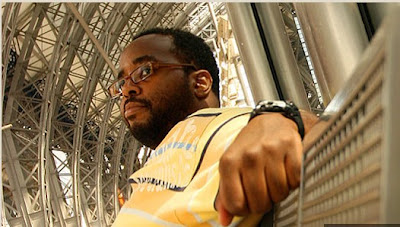 It's been way to long since I hit y'all with a serious compilation, so I figured it was time. Today the spotlight is on one who's been an unsung heroes of the underground for years; never adjusting to what's hot on the Billboard, instead always focusing on and tryinng to evolve the hip-hop music he truly love and grew up on. I am of course talking about J-Live, also kown as a so called "Triple Threat"; meaning he's an incredible emcee first and foremost, but he's damn good and serious about his business as both a DJ and a proucer, which is something that has been proven time and again. Live's been dropping immaculate records since the mid-'90's when he broke through wiht the 12" undergroud classics; "Longevity" B/W "Braggin' Writes" that earned him some exposure in magazines like The Source and still today holds up as a hip-hop masterpiece.

The Tracks:
Being his first single, I wanted to start from the beginning without becoming to predictable; the first track is just"Longevity", but rather than the OG mix I went with the 12" only "Headrush Mix", which to me is equally ill with itsagressive bassline, turntable wizardry, and that addtive guitar riff, allowing to The Teacher's hunger really shine through; back then not too many fucked wih J-Live when it came to lyrics and delivery although he never got the breakthrough he deserved until years, and years later. The use of Sister Nancy's classic "Bang Bang" has been done to death but it's so dope that it adds nothing but pleaseure here. This is followed by a newer track, a 12" track only released in DJ Nu-Mark's name, and dating back to 2003. Live and Nu-Mark has collaborated several times, but this is one of their finest moments together, and as expected it's a smooth cut with a lot of jazz esthetics incorporated into the mix; and of course J-Live sounds great over this type of production, showcasing his immaculate songwriting skills.

When putting together my compilations, I like to provie a good balance between the smooth stuff and the hardcore ish, which I find is the best way to sequence if the songs have at least a few common denominatrs. Therefore it was a no-brainer inserting the beautiful "Vacation", a guest feature by J-Live on Jazz Liberators album. This is an all aroun chill out song, J sounding great over this heavy-layered production of vibes, pounding bass, Rhodes and guitar licks. This is followed by a short interlude, featuring a nice jazzy beat with a female singing. All in all it lasts about 40 seconds and works great as a skit on this album-style comp. But it's time to return to the essence of hardcore hip-hop and J-Live's apperance on the first "The Magnificent" LP, with one of my personal favorites - "Break It Down", as it puts the producer, DJ and MC at the forefront by all means neccessary. J kills his verses, dissing people that can't get into his complex rhyming style while spitting some real abstract shit; you might have to rewind this a few times because there's some real clever shit bening spat here. Jeff's beat is simply perfect but the real highlight is the turntable intermission that appears between each verse; showcasing the skills of legendary turntable wizards such as DJ Q-Bert, Jazzy Jeff, DJ Revolution, and a whole lot more; Give the DJ some!!

When it came time about six years later to make another album in the Beat Generation series for Jazzy Jeff, the previous collaboration with the label guaranteed him a spot on 2007:s concept LP "The Return Of The Magnificent". While the new collabo with J-Live got a slightly smooth qualithy, it's by all means a definite headnoder; Jeff's beat is uptempo, heavy on the bass, peppered with ill string and lots of nice chops, definitely one of the standouts on the album. As expected J-Live brought his A+ game here, spitting nothing but qality lines and over such a dope beat that you can't call youself an MC and fuck this track up. I would love to see a J-Live album produced in fully by DJ Spinna, Diamond D and DJ Jazzy Jeff, now that would've been somehting! Another often underrated, yet  outstanding, prudcer is J. Rawls, who in 2001 released an album called "The Essence of J. Rawls" which is stronngly recommed. Funky boom-bap type ish, with lots of cuts and great cameos; what more could you possibly want? J-Live is clearly influenced by the hectic beat, going into story mode, slighty reminniscent of what Common did a couple of years earlier with the "Stolen Moments" series.

I always wanted to hear J-Live collaborate with Da Beatminerz, and though he didn't make '98:s "Brace 4 Impak", his contribuion to Da Minerz' second album "Fully Loaded w. Static" more than makes up for it; showcasing a perfect symbiotic relationship between the duo's knack for creatig funky, yet hardcore music. Such a beat obviously really inspires Live as he rips through the three verses like there were no tommorow. This is followd by "I Say Peace", another laid back cut with more of Live's addictve vocals and hook, over a saxophone driven beat that is simply beuaitful!- courtesy of producer Dela from his 2008 album "Changes Of Atmosphere", a track I can imagine a lot of heads slept on but this is TRULY dope!  The 2001 collaboration from El Fudge's album is of course featured here; two great emcees going back and forth, over a hard-hitting, yet at the same time melodic; a combination that I always love when the right people are involved in. The same can be said about J-Live's apperance on El Da Sensei's 2001 album "Relax, Relate, Release". The track in question also features Asheru, who you should be familiar with if you're a fan of J-Live's music and enjoy reaading credits. Together the trio creates a memorable posse cut; passinng the mic back and forth in friendly competition overthose dreamark banfinf e knocking drums, an aditctive bass line and a repeated vocal sample that runs throughout. Truly a great song that clearly deserves to be heard more. Matter of fact, I'd go as far as saying that I would love to hear these three form a group, but i highly doubt that will ever happen.

The latest (as in newest) song on this compilation is J-Live's apperance on Apathy's 2008 album absolutely ridiciolous titled "Wanna Snuggle?". Luckily the music is a lot beter than the title would suggest; you got a hard beat reminsicent of the good ol' days, filled with tight rhythm, and a lot of horns samples and chops; creating a triumphant feeling. It's not my favorite on the comp by any means, but it's a nice track nontheless and J-Live rips it as expected. So now we heard a lot of J's guest features, but for the end of this 16-track "album", I wanted to focus on the man's unreleased solo work, and there's plenty of good material to choose from. First off is the Prince Paul produced gem "The Day I Fell Off" which was only released in a limited 7" edition. Once again, Live is in the zone, doing one of the things he do best; taking on the role of the griot. While it's not as intense as ""Wax Paper", it's a must hear for fans of both Paul and J-Live and it's a shame that they never gave this a more official release.

Another prodducer who's always trustworthy and who have worked with J-Live on a few ocassions is Oddisee. The track "Once Upon A Mic" was featured on Odd's "Once Upon A Mic" album a few years ago, and while it's not your typical Oddisee production it has many of his trademarks and the chemistry he and Live has is undeniable. This is followed by an outstanding track from Rob Swift's 2002 album "Sound Event" which is strongly recommended. As Swift provides all production and cuts, this is almost a J-Live solo cut produced by Swift, and though it might be a little darker and atmospheric than what we usually hear from the emcee its an absolutely magnificent cut. The following track, with The Nextmen, is more of a laid back funk jawn but works really well anyway.. Overall I think the sequencing of this came off as REAL NICE, will be interesting to hear what you think!

Aight, so we reached the last track... Prince Paul is one of the best proucers of all time, Dan The Automator is fantastic so with these two guys producing together, and innviting J-Live and singer Roisin for "The Truth" is simply mindblowing material. Ever since I first heard this sonng, I have never forgetten it since, and ofte put it on on a "rainy day"; every aspect of the production, form the drum programming, they keys, to Prince Paul's sax outro anf Roisin's beautiful vocals really reminds me of a smoked out blues or jazz club; and then when J-Live pops up for a rather short verse, it's just OVER... I can't think of a better song to close this compilation! Hope you enjoy it, and if you do TURN IT UP!!!!!! Oh and one last thing... the title "THE DJ FAVORITE" is because J-Live is akways featured on ordinary mixtapes and producer DJ/albums (DJ Premier, DJ Nu Mark, Jazzy Jeff, Rob Swift, Oddisee, Da Beatminerz, J. Rawls, and mauy more). But then again,. you can't go wrong with some J-Live. 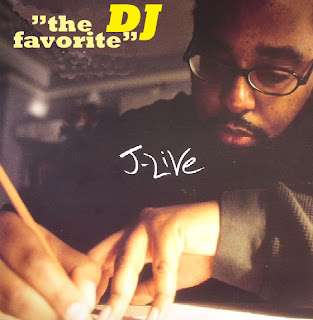