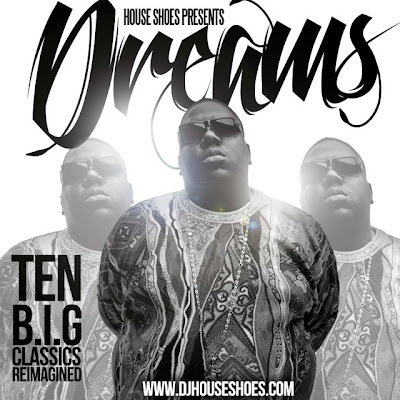 Legendary Detroit DJ and producer House Shoes'' "Dreams: B.I.G. Re-Imagined" is a little different from the usual BIG tribute. Rather than rushing it out for a 9:th release, the initial idea came to Shoes on that date and since then he has been on work on the project. The initial idea was to send out a bunch of classic BIG accapellas to a bunch of his producer homies, resulting in fresh takes by innovative producers such as Nottz, Wajeed, Khrysis, Quelle Chris, Nameless, 14KT, Brenk Sinatra, and of course House Shoes himself. I'm usually not that fond of new interpretations of the true classics, but Shoes did a real great job here and there's a lot of music on it that deserves to be heard, so make sure to press play ASAP!