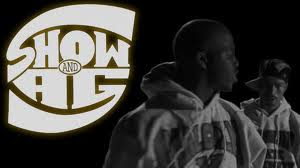 When Showbiz & AG found themeselves in the pressure of following up one of the absolute greatest hip-hop albums ever created, they went in the studio with a more stripped down sound, a real agressive sound, more self reflecting lyrics and more intense deliveries from AG's point of view. To me, '95's "Goodfellas", while being quite radically different from their impeccable debut, is still very close to a classic album. It's hard as hell, an furious minimalist approach and drums of death make for an incredible ride through the dark side of the mid-'90s hip-hop;: keeping the DITC formula while also getting heavy inspiration from KRS-One's '92-'95 albums, Wu-Tang Clan, and similair actss. The result is fantastic, and clocking in at 50 minutes (45 for the vinyl copy) makes for a damn near pefect album.

There were no less than five songs recorded for those sessions that Show and A decided not to include in the final cut; probably because it would make the album too long as it's banging music all the way through. The songs include the longer and original Show mix of "Time For" which Roc Raida remixed for the album; the slamming "Stand Strong", the original "I'm Not The One", with it's pounding drum programming, dark jazz undertones that makes it a standout on the bootleg EP that these songs were released on. There were no sample clearances issues or anything, but the duo simply decided the LP would be better as it is now and I tend to agree, although of course these songs are must hear for any dedicated DITC fans and have been bootlegged in the long run. Since the Diamond D collabo "You Want It" featuring Diamond D and Party Arty, is a fantastic cut and appears on the CD but unfortunately not on the vinyl release so it's included here, adding to the dopeness of the 25 minutes run time; especially considering how extremely banging the joint is in a front-to-back listen.

I'm sure most of y'all have heard this, but if you haven't, and are a fan of Show & A, don't sleep on this because this is a great insight into the making of "Goodfellas". All songs produced by Show; all vocals by AG besides track #5. Enjoy and BANG YOUR HEAD! 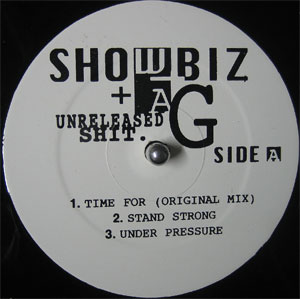