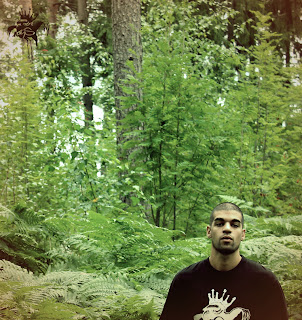 Followers of The Lost Tapes might very well be aware of producer Akopalips, one of two producers of Swedish fine underground trio Side Effectz. Akopalips was the main producer behind their last year's release "The Wood Sessions", providing plenty of heat and showing how talented this young brother is. At the moment Side Effectz is taking some time off to focus on some various solo projects, emcee Linkan will release an album with local producer A-Dub while Akopalips is preparing an instrumental hip-hop EP.


"Akopalips Now: Leaving Earth" should be ready soon as we already are treated to the first teaser track of the upcoming project. The multi-layered instrumental "Closer" got much of a Side Effectz vibe but at the same time it's vibe is a little more atmospheric and dark - not to mention very iLL. Don't sleep on this and stay tuned fir "Akopalips Now..." which you'll find on The Lost Tapes on the day of its release. TURN IT UP!!

Posted by lost.tapes.claaa7@gmail.com at 6:06 AM

Email ThisBlogThis!Share to TwitterShare to FacebookShare to Pinterest
Labels: Akopalips, Instrumental, side effectz