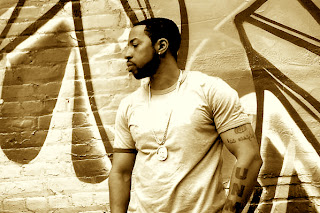 Not long ago there were rumours about Marcberg calling Decon his new home after signing a deal for one album. But according to a new interview with HipHopDX, he reveals that he has done the exact same deal with Man Bites Dog Records. The title of the project on MBD is "Marci Beacop" and despite a new label it seems to share many similarities with his nothing-short-of brilliant debut album, "Marcberg", a couple years ago. Like then all the production will be handled by the artist himself which he has proven more than capable of ever since the original The U.N. album back in 2004. On the lyrical side of things we will most likely hear more of Marciano's tried and tested formula of slick gangsterim and pimp shit mixed with street knowledge and a few fashion tips along the way. As far guest features goes, Roc reveals that they are all done and wrapped with names including, but not limited to, Evidence, Cormega, Gangrene, Guilty Simpson and Action Bronson.

This is of course great news, but it doesn't stop here because the deal with Decon is still active and needs to be fullfilled which means that the Strong Island emcee are dropping no less than TWO albums in a near future. It's possible that the Decon project will be the long-awaited "Marcberg: Reloaded"; originally his debut album remixed by greats like Q-Tip, Pete Rock and Madlib. Later on he said he was recording all new vocals for it as well, if my memory serves me correctly rigth now.

Furthermore in the interview, just like Cormega recently did, Roc Marcy dismisses any rumors going around about M.A.R.S. being a super-group. While he says it was strictly a song for 'Mega's album that caught a crazy buzz on the net, leading to the rumors, he also says that a project from the four could very well happen (the two others are Saigon and Action Bronson for those that been chilling by that rock). However, if they do such a project it will not be anything like Slaughterhouse or any other "super-group's" releases but instead a compilation) where every rapper would contribute his solo parts. At the same time he also cleared up that last year's "Greneberg"  12" EP (with Alchemist + Oh No) never was a group. "Nah, that wasn't a group either. It was a compilation and "Greneberg" is the name of the compilation. It was Gangrene Meets Marcberg. My songs on one side and theirs on the other. We're not a group, it was just the name of the album". CHECK OUT THE FULL INTERVIEW @ HIPHOPDX.COM...

...and peep this random Roc Marcy joint I put here as a little bonus for y'all!

ROC MARCIANO - "WRITER'S BLOCK"
Posted by lost.tapes.claaa7@gmail.com at 11:11 AM