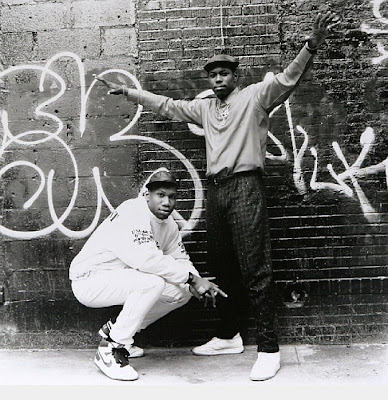 Only a very selected few can claim the same impact on the hip-hop scene as KRS-One and DJ Scott La Rock's Boogie Down Productions. Signed to B-Boy/Rock Candy in 1986 they quickly started to make an impact when they started repping The BX hardbody on some of the illest diss tracks ever recorded; "The Bridge is Over" and "South Bronx". When "Criminal Minded" hit the streets a year later, it was obvious they were on to something big. Together with the legendary Ced Gee, Scott and Kris wrote, produced, directed and mixed what is often referred to as one of two New York albums that put "Gangsta Rap" at the forefront. But just as the duo were starting to enjoy the success of the album, real tragedy struck. Scott Sterling (a.k.a. La Rock) was fataly gunned down in an altercation, leaving behind him an infant son; Scott LaRock Jr. KRS-One who already was heavily into spiritualism and metaphysics even back then, tells an interesting story in Brian Coleman's excellent "Check the Technique".

"Later on in life, MC Serch asked me why I had a smile on my face on that sad day. And it was because I was like: 'Scott's in a better place now. We are now going to win. Because half the crew is in the spirit realm and the other half of the group is here on earth. We can't lose now." That's a very powerful statement and from that day on every BDP and KRS-One album carries "Overseen by Scott LaRock - despite what others might think!"

The death of Sterling would of course have a huge impact on the future music of BDP which now became more of a KRS-One solo thing surrounded by a posse of people that didn't neccesarily have very much impact on the music; a bit similiar to Public Enemy's S1WV Crew. Right before Scott's death, he and Kris had started writing what would become BDP's sophomore LP, "By All Means Neccessary". The first songs Kris wrote back then was "Stop the Violence" and "My Philosophy" and Scott had decided they should cut up Stanley Turrentine's song "Sister Sanctified" for the latter. "Still #1" was a work in progress and was built on a battle rhyme style KRS had used when battling Melle Mel at the Latin Quarter in '87. These were all songs that were initiated before Sterling's untimely passing which proves that they were never aiming to do a "Criminal Minded Part 2" but was on a mission to educate the youth on politics and knowledge of self.

The last song Scott LaRock and KRS-One completed and recorded in a studio was titled "Essays On BDP-ism" and is simply a super dope cut. I actually really wish they had put this on "By All Means Neccessary", both in honor of Scott LaRock's importance to the group but also because it would have been a stand-out track on an already classic album. The rhythm track is booming while the samples they use adds a melodic quality transforming it to a smooth headnoder with a slight touch of reagge in some parts. This is nothing short of a masterpiece and I can think of at least two songs on the "B.A.M.N." LP that I would have sacrificed for this joint on there. My guess to why it didn't make the final cut is that it's a freestyling/"having fun and just flow" type of track rather than the politically charged music that ended up on the disc. Either way, it's another documentation of what an incredible duo Scott and Kris were together; really makes you wonder how things would've happened if this great guy never had been in the wrong place, at the wrong time. 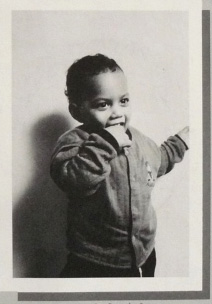 "Essays On BDP-ism" ended up in 1988 on a Jive Records compilation called "East Coast vs. West Coast" and as the B-side to the UK edition of the "I'm Still #1" single the same year. Later it has appeared on the "Duck Down" single and finally on "A Retrospective", KRS's Greatest Hits LP for Jive. This is impeccable BDP music right here, shitting on the majority of new hip-hop music today so let's take it back to '88 and blast this shit LOUDER THAN A BOMB! Oh and while you're at it, check out this dope 2002 article from XXL remembering Scott LaRock, a very good read. R.I.P. Scott!