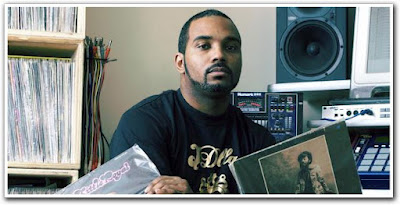 William Mitchell, better known as the Large Professor (a.k.a. Extra-P) quickly established his name as one of the top producers in the hip-hop game at an early age. In his young years, William and the Mitchell family moved to Flushing, Queens; something that would change his life forever. He soon befriended super-engineer (and sometimes producer) Paul C who quickly took him under his wing as his student. Paul learned the young Mitchell to work the SP1200, various mixing tricks and teaching about what muisc to sample to create rugged hip-hop with a heavy umph. This was around early '88 and as Paul C. McKasy took on Mitchell, the young student took on the name The Large Professor for himself. 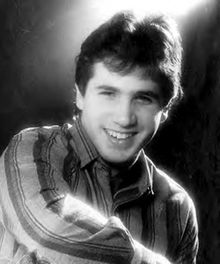 Paul C was tragically gunned down and murdered in July 1989. Shortly before the tragic event, Eric B. & Rakim had hired the prolific producer/engineer to work on what would be their classic "Let The Rhythm Hit 'Em" LP. After more or less completing a handful of songs on the album (including the title track, "In the Ghetto" and "Run 4 Cover"), the horrible tragedy struck. This resulted in the then seventeen year old Large Professor stepping up to complete the remaining songs and finish Paul C's material. And what an album it turned out to be! in fact it was the first Eric B. & Rakim LP to receive a 5 mic rating in the, then very respectable The Source Magazine.

This led to Mitchell gradually becoming a household name, resulting in getting hired to produce the vast majority of another legendary duo's classic LP - Kool G Rap & DJ Polo's "Wanted to Dead or Alive" - all while still attending high school. In the same way that he didn't get the proper creits for lacing the aforementioned classic, the G Rap affair in many ways played out like a reprise; a case of paying dues for an up-and-coming producer. In fact The Professor was heavily involved in the production  on all songs besides maybe two. For example the track "Talk Like Sex" which was credited to G Rap, was listed as a Large Pro production by the artist himself on his 2002 song "Radioactive". The game goes for "Jive Talk" which was credited to DJ Polo but revealed by Dr. Butcher to be a Pro track in an Unkut.com interview. Already by 1990, Large Pro had now been heavily involved in two of the finest rap albums of its time and although he might not have gotten the proper credit, it was the perfect example of Payin' Dues which is how many great producers got their start back in the day.

But Mitchell wasn't only a super skilled boom bap maestro but also a highly talented emcee, and in late 1989 he formed the trio Main Source, together with two Toronto DJ:s known as Sir Scratch and DJ K-Cut. The trio eventually signed to the now defunct Wild Pitch Records and in 1991 released their unxerground masterpiece "Breaking Atom". Their debut album was full of clever punchlines, ill storytelling verses, superb turntablism and impeccable beats sampling everything from Sister Nancy's "Bam Bam", Bob James, Skull Snaps, Donald Byrd's "Think Twice" and many other known and lesser known great vinyl. The album is perhaps best known for featuing one of the illest posse cuts of all time though. "Live From BBQ" featuring Joe Fatal and most imporantly the debuts on wax by two young stars in the making - Nasty Nas and Akinyele.

The two abovementioned artists would be a pivotal part in Large's future career as he took both emcees under his tutelage. In 1993 he produced the entirety of The AK's debut album "Vagina Dinner", an extremely dope album, not in no small way thanks to Extra-P's jazzy but hardcore sonics. Nasty Nas' "Illmatic" followed a year later, but was on the other hand, not fully produced by Mitchell Instead he worked as something of a glorified A&R for the project (which also included lacing three of the hottest joints on the project). Besides Pro's contribution, he was also the one that hooked up the young QB emcee with a slew of additional super producers such as  DJ Premier, Pete Rock and Q-Tip. The result was stunning and took the world by storm; to this day, "Illmatic" stands as one of the best records ever released, and rightfuly so.

A solo career shortly followed, recording and releasing three albums under his own name between 1999 and 2008 that I strongly recommend you picking up if you haven't heard them yet. Although there's been several years between every solo project, Extra-P has kept busy producing bangers and classics for various artists, some lesser known as well as some of the absolute best the game has to offer. As he's been responsibe for so many of my favorite hip-hop records of all time and is one of the few sample musicians out there that still continue to put out impeccable material on a regular basis twenty years after he first broke through on the scene. Therefore I wanted to make a compilation showcasing all, or at least the vast majority of Pro's production placements between 2008 and 2012 (for his recent album with Neek, order here). This will also be a teaser to the upcoming Large Pro produced album for Cormega so this will give us even further insight into what to expact from that project. Twenty tracks in total, so if you're an Extra-P head, upload this to your iPod or burn it to a CDR and I can assure you it will have your head banging til' it damn near breaks. TURN UP!! 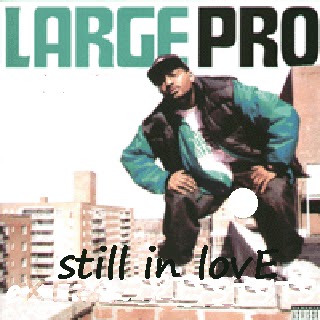 LARGE PROFESSOR - "'STILL IN LOVE"
Posted by lost.tapes.claaa7@gmail.com at 2:43 PM