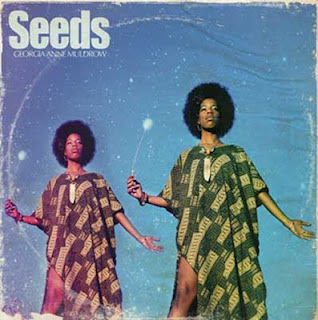 Today is a great day for fans of vintage soul music with a heavy hip-hop twist as Canadian Exclaim! has obtained the rights to preview the entire "Seeds" album an entire week before its official release. If you've been living under a rock the last month or so, "Seeds" is unique soul singer Georgia Anne Muldrow's new album, fully produced by none other than Madlib. The two singles, "Seeds" and "Husfriend" were both very promising and as I'm listening to the album in it's entirety, now I'm more than satisfied with what I'm hearing both from the smoky funk/hip-hop/jazz fusion production and Muldrow's addictive 70's influenced vocals. The CD and digital download formats officially drops on March 27. However there's no word on a vinyl release yet and not dropping this on wax would be a true shame, but hopefuly it will arrive a little later as is often the case these days. With the eleven tracks clocing in at only 35 minutes. the album is very short so it would be great if the final retail release features a bonus track or two.

Madlib's production on "Seeds" >>>> Madlib's production on the entire "Madlib Medicine Show" if you ask me. Actually kind of made me remember why I fell in love with his music in the first place and I'ma go out on a limb and say that this might very well be George Anne Muldrow's finest album yet as well, which is saying a whole lot since she is one of the most interesting and most original soul singers doing it right now!


GEORGIA ANNE MULDROW - "SEEDS" [STREAM]
Posted by lost.tapes.claaa7@gmail.com at 11:13 AM