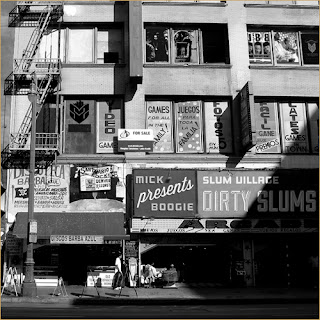 I don't know what's up with Slum Village right now considering that half of the group are deceased and the other half wasn't exactly coming along last we heard. I was pretty sure they had called it quits but here's a new mixtape presented by Mick Boogie. I haven't listened yet but I'm always appreciating anything SV. Tracklist's looking cool 4 sure, with features from the likes of De La Soul, Big Pooh, Phife and Focus... The majority of the songs are produced by Young RJ who I guess are an official member of S.V.now then?

SLUM VILLAGE - "THE DIRTY SLUMS"
Posted by lost.tapes.claaa7@gmail.com at 1:55 PM