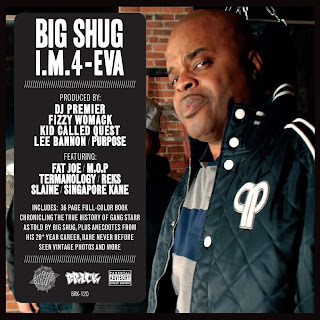 Gang Starr Foundation member Big Shug follows up the announcement of "I'm.4-Eva" with another single from the album; "Still Here", produced by Kid Called Quest. Interesting to see that MoSS is not listed amongst the featured producers on the disc, considering that he laced a majority of Shug's three previous LPs. This track goes hard tho, real thumping shit! Shouts to DJPB.