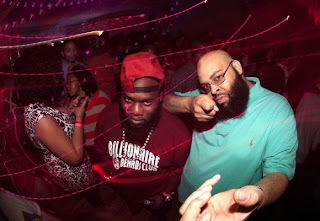 North Philly Hustlers' Jakk Frost and Freeway have been making music for quite some time now, guest apperances, mixtapes, you name it, and the chemistry has always been there. Word is that they will, eventually, release an actual album together in a near future. And maybe we don't have to wait much longer now; The reason? Well, the first single just hit the waves, "Six Degrees of Separation" - a dope posse cut, where the duo is joined by a gag of talented emcees like Smif-N-Wessun, Reed The Lost Cauze and even Malik B (!). Don't know who produced it or where it eventually will end up but it's a cool cut nontheless.