ALTERPROD is the name of an up-and-coming production crew with roots in Paris, France. Their debut album is to be titled "The French Revolution", and is set for a July 26 release date as of now. There must be something in the air in France, because although I don't understand a word they're saying, I've heard loads of amazing French hip-hop that perfectly captures the essence of the true school music. As you're watching the promotional video for the album above, you will understand just what I mean by that.

Not only can we expect a batch of dope beats, but the tracklisting reveals a superb list of guests, many of them well respected artists from USA. It will be mad interesting to hear greats like Sadat X, AG, Verbal Kent, Block McCloud, Chief Kamachi and Shabaam Sahdeeq go in over some European heat for beats. Hip-Hop culture crossing borders is a beautiful thing! Oh and by the way, hold your eyes and ears open for a Lost Tapes compilation, representing the finest of French Hip-Hop. 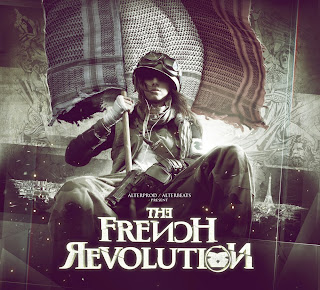