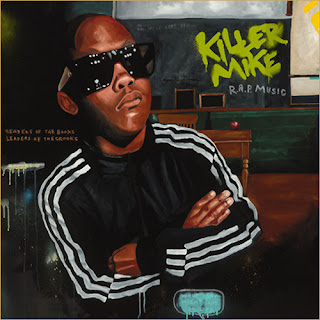 ATL veteran and legend Killer Mike has been killing verses like there was no tomorrow, since his 2000 wax debut on Oukast's "Stankonia". Despite some heavy mixtapes, his previous retail albums have left much to be desired in my opinion; enter Def Jux mastermind El-Producto and that is all about to change on May 15. The twelve songs that make up Killer's new full-length, "R.A.P. Music" , is from top to bottom produced by El-P. As unexpected a collaboration it might be, all the leaks have been nothing but straight fire.

Lucky for you and me, we don't have to wait an entire additional week as the great people at Spin Magazine has been allowed to put up the entire full-length album for free streaming on their website. Besides the actual music, as if that wasn't enough, Killer Mike gives a quick breakdown of each song. TURN IT UP!!