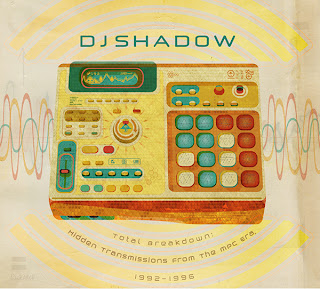 Turntablist/producer extraordinaire, DJ Shadow, has announced his next project as "Total Breakdown: Hidden Transmissions from the MPC Era". Rather than a album of brand new songs, Mr. Davis has dug into the archives to dig up a collection of never before heard bangers originally recorded between 1992 and 1996. In other words these songs are from around and before "Entroducing", and should be a great companion piece to the similair (and incredible) "Preemptive Strike". All the songs were made by Shadow on his original trusted Akai MPC, of course meaning this is filled with nothing but sample based music. No release date set yet but you can check out two of the tracks right away. Oh, and if you haven't yet, make sure to peep Shadow's latest album "The Less You Know the Better" cuz it's crazy!