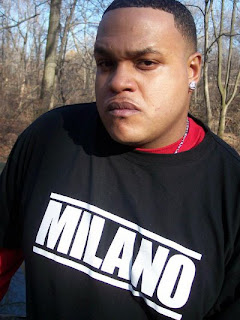 The very talented street rhymer Milano Constantine (Rudy Morgan) was down with the Diggin' in the Crates crew since the late '90s. Making several apperances on both the group's official albums, as well as signing a production deal/with D.I.T.C. Records in '99. This lead to the release of now out-of-print classic underground 12" singles such as "Deal With A Feeling", "Rep For the Slums","Drama", "Done in Vain","Show 'Em". "Morir Sonando" and many more; all produced by people like Show, Ahmed and Lord Finesse. Rumours quickly started spreading that he was the latst official member to join the DITC crew, which isn't completely true.

However, in 2001, the D.I. crew temporarily switched their name to Wild Life Entertainment. Besides the original eight members, Wild Life also took in close affiliates as official members, people like Milano, Ghetto Dwellas, A-Bless and Ahmed. As Wild Life they released several fat 12":s, before they disbanded around 2005. A  lot of those tracks, as well as the original singles mentioned above, are featured on a compilation I just put together. Considering Milano just formed the Showbiz overseen group BarBury'n together with D-Flow and newcomer Gage, I decided to call the comp "BarBury'n WildLife". I think this works as a great look at his entire career, as the seventeen songs includes music recorded between 1999 and 2012. Milano's always been a great emcee who never got his proper shine imo. His digital album "Sidewalk Confessions" was a step in the right direction but he needs a proper retail release with productions from the DITC crew, T-Ray and the rest of the guys he's been working with through the years. Download, hit play and TURN IT UP!! 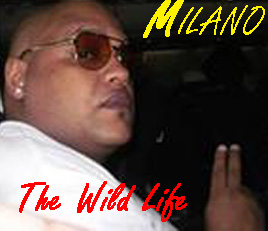