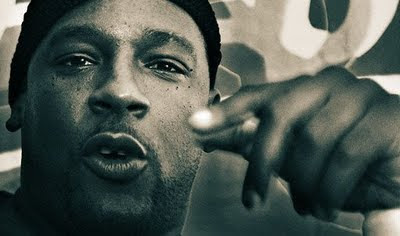 Those of you who have followed the blog for a while are aware that OC is an emcee I hold in the highest regards. Although he doesn't always get the props he deserves, he's got an amazing catalouge with classics like "Word...Life", "Jewelz", and "Starchild". Of course, he just dropped another supreme LP, in the form of his collaboration with Apollo Brown on "Trophies". But as is the case with basically any of our rhyming heroes, OC has also built his rep through guest apperances, cameos on soundtracks and compilations and underground singles. As usual, that's where The Lost Tapes come in with another banging compilation!

"The Inventor" features 17 choice cuts from O's career, stretching back to 1995 with "Return Of The Crooklyn Dodgers", to last year's boom bap renaissance - "Free Ya Mind", produced by Blastah Beatz. Over the next 70 minutes, you'll hear OC flex his lyrical muscle over hard hitting beats provided by Large Professor, Lord Finesse, DJ Premier, Ogee, Marco Polo, J-Love, Show, Soul Supreme and more. I deliberately did not include any of his work with his original main producer; Buckwild. The reason? Many of those were previously collected on an earlier compilation - "Ex-O-Cises". So if you feel up for more than an hour of sample-infested hip-hop with the focus on knocking drums, grooving basslines, and only the finest lyricism, don't sleep on this tape... And if you're feeling it, support real artists and pick up "Trophies" if you haven't already. 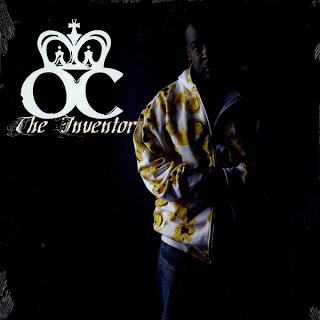