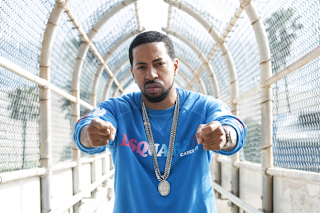 On November 13, Roc Marciano finally drops "Reloaded", the super anticipated follow-up to his brilliant 2010 debut "Marcberg". Up and till that date, we're gonna celebrate the event with a shit load of Roc Marcy goodies each and every day here at The Lost Tapes, starting today. And what better place to start than right at the beginning, compilation style?

While Marciano, as stated above, officially album debuted in 2010 he had already released one street album as a solo artist, played the leading part in creating one of the grittiest hip-hop albums this side of the new millenium with The UN's "U N Or U Out", and been under the wings of Pete Rock, Q-Tip, The Alchemist, Large Professor, and Busta Rhymes. In fact Roc was even a member of the latter's Flipmode Squad for something like a 1.5 year stretch, appearing on several cuts with the crew on various soundtracks, and compilations, as well as albums by Busta and Rah Digga. According to himself he had a vast influence over the making of 2000's "Anarchy", helping to shape the final product by picking out beats and suggesting contacts with Diamond D and Large Pro. Diamond doesn't actually appear on the LP, but Extra-P's contribution ("The Heist") was easily one of the very standout songs from that year, allowing a young Roc Marciano to test his skills against not only Bus-A-Bus, but also appearing next to lyrical wizards as Ghostface Killah, and Raekwon. I was absolutely flabbergasted when I first heard this joint back in '00, shaking my head at the slam dunk of a beat with those majestic strings, and how these four guys built of each others verses to create an intricate heist story that played out like a big budget Hollywood flick. Bust more than anything I was blown away by this brand new cat that I never even heard of and the major way that he delivered in; even reaching the same level of lyrical intensity as my two foremost heroes of the entire rap game. From then I always payed extra attention when that distinctive voice took the center on Flipmode joints. Unfortunately Roc had joined just after the recording of The Squad's one and only album ("The Imperial"), but was heard on Easy Mo Bee's, Tony Touch's, and Da Beatminerz's respective albums, as well as a couple of soundtrack songs and the superb "Just For You" from Rah Digga's dope debut. 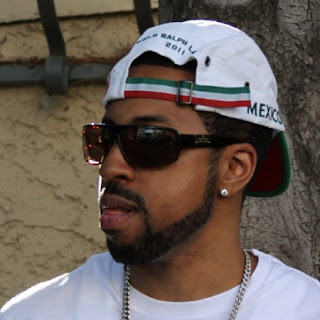 All in all, Roc Marcy appeared on eight songs as part of Flipmode, before deciding to focus his attention on his own crew, The UN. Something we're gonna get into tomorrow, but for now I've collected those eight tracks and put them out as a compilation called "Roc N The Squad". There's definitely some real dope jams here, and it's especially great to be able to follow this great emcee and producer's evolution as an artist, but in the end I think it was wise that he left The Squad; his style was much better suited for the agressive, stripped down boom bap that The UN was doing. To beef up the length and add even more of his early history, the compilation kicks off with the short version of "The Prophecy", the very first release of Roc Marciano (dating back to 1997), which works as an intro. As a bonus track I added "Same Ol' Same" from that very first EP, which was produced by Ox. All in all, I think this came together pretty damn dope and while I've seen a lot of Roc Marciano compilations on the net, I have yet to see one focus on those early days with Flipmode so here we go. Oh, and if you wanna read up on Roc's relationship with Busta, Flipmode, and The UN check out this great interview @ Unkut.

FLIPMODE SQUAD - "ROC N THE SQUAD"
Posted by lost.tapes.claaa7@gmail.com at 11:11 AM