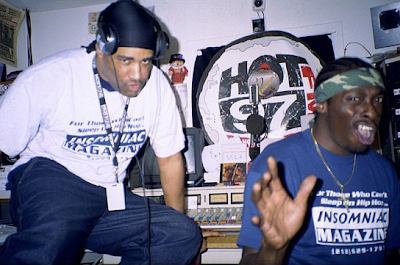 Almost no matter which A-list producer you ask about who got them into producing and deejaying, the name Marley Marl will always come up. Together with his P.N:C. Mr. Magic everybody tuned in to the piratete radio to listen to these two spin and mix exclusives; breaking new artists and playing the classics. Marley got a chance with Hot 97 to make his own show, "Future Flavaz", and when Mr. Magic left to pursue other endeavors, Marley's friend Heavy D put in a good work for his up-and-coming cousin DJ Pete Rock, the legendary two man show as we came to know it was born.

"Future Flavaz" featured two of hip-hop's true DJ/producer giants which made it easy for them to both get exclusives and just as exclusive interviews that often included freestyle sessions. There has never been a show like it before, and still hasn't been oe yet, and luckily a lot of the shows, exclusive freestyles and remixes, and interviews has been preserved to this day. Unfortunately, the show is no more  but it will always hold a warm space in any true hip-hop heads heart.

Beside the weekly radio program, these two of course released plenty of superior mixtapes, productions and even solo records, but the one tape most connected with the show was the 1999 mix-CD titled just "Future Flavas Mixtape". Mixed and compiled by both Marley and Rock, the fourty minutes "tape" is filled with exclusives, classics, freestyles, and DJ drops. Many of the songs has since been released but when it first was released many of these songs were actual world premiers. Released on Dirtbag Records in 1999, the 20 tracks mixtape is a certified listen that you owe it to yourself to turn up if you're a fan of Marley, Pete Rock or Future Flavaz, so what are you waitinng for. Oh, and thanks to the homie Magnifik for the link! 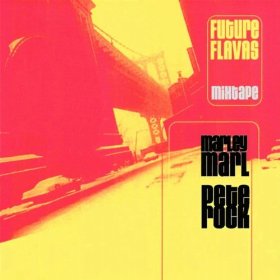