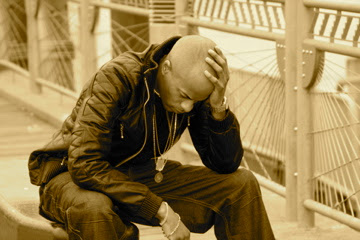 In the mid-'90s there were so many incredibly dope acts on the hip-hop scene that unfortunately a lot of them were lost in translation, so to speak. Not too long ago, the immensely talented New York emcee Big Kwam's entire catalouge was collected in true Lost Tapes fasion as "Verbaliwed: Raw Skillz". Luckily I have been able to find all of Kwam's original 12" catalouge in my local used record shop and was totally blown away; still looking for the "Execution Expert" EP though. But Kwam is only one of many immesely talented rhymers with a great ear for beats that got a chance to drop a few singles through the mid-'90s before fading into obscurity. Big Twan is another example, who's superb EP "One Time For The Lyricist" I recently found in the used section. Then there's of course Mike Zoot, Matt Fingaz, Shades Of Brookltn, and a whole host of other hot emcees that never got their real chance to shine and has since resignde from the recording industry.
One of the most prominent out of these young rhymeslingers was Lace Da Booms, a Brooklyn native, who released a trio of 12"/EP:s between 1996 and 1997 on the Guesswhyld label; a label that was responsible for a whole lot of dope underground music. Lace first made noise in 1996 with the 12" single "Cut That Weak Shit" B/W "Ain't No Secret"; the first record on Matt Fingaz' Guesswhld imprint, and featuring headnodding mixes by Buckwild, Guesswild Production, and Obsession, with guest apperances by Quasi Modoe and Royal Flush, not countig the solo B-side, produced by none other than Domingo.

The following year the same label released the next single, including the Buckwild produced "Murder Season" with two versions of "And Once...", laced by Domingo and Sha-Self, respectively.  The Brooklynite's final '90s release is perhaps his finest, released shortly after "Murder Season", this untitled record was actually released as a 2x12" set featuring instrumental, clean and dirty versions of all eight songs found on the two discs, and only one guest apperance by  singer Hope Calabrass. However, the production credits run like a who's who of the great underground producers of the time: Buckwild, DJ Spinna, DJ Ogee, Domingo, and Derick Trottman. To me, it's probably DJ Ogee's (mainly known as OC's original DJ, and for producing a smaller amount of classic tracks throughout the years), smooth but bass- and turntable heavy contribution "The Glory" that is the real stand-out on an EP full of dope music. On a side note, I've been wanting to do a DJ Ogee collaboration for some time but not sure if the material would be enough.

To be perfectly honest I don't know too much about Lace Da Booms beside the few singles he has released, where he's from, his connections to several ill producers and record label. With remixes and alterative versions I have put together a typical Lost Tapes compilation of every VLS material Lace put out in the couple of years he was active on Guesswhyld. Clocking in at just over 45 minutes with thirteen songs (including three remixes and two guest apperances), "Murder Season" plays out like a dope album and truly makes you wonder whatever happened to Lace.  In fact, in an article from 2009 in Black Sheep Mag, here the emcee is talking about a a then forthcoming EP which will be followed by a full-llength; but this was in 2005, and I sure haven't heard anything yet. Oh well, here's ALL of Lace Da Booms tracks ever released, including singles, B-sies and his two sole guest apperancnes (tracks #3 and #13). ENJOY!! 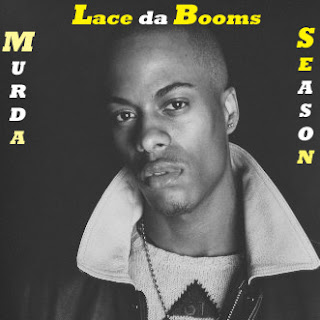