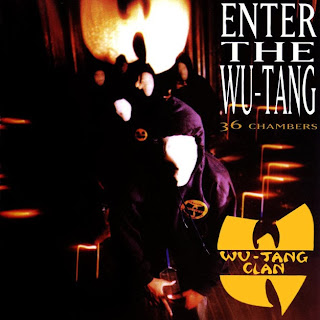 Wu-Tang Clan was really the main reason I first fell in love with hip-hop at the age of 12. When I first heard "Enter The 36 Chambers" and soon after "Only Built 4 Cuban Linx" and "Liquid Swords", I knew I had found something very special and though it might sound like a cliché that moment that I first heard that '93 debut my life changed slowly but surely. That album will always hold a sacred place in my heart, and just this year I've seen the Wu perform two times, and it's amazing how they still got it... And for the record, they still drop a lot of fantastic music; together with D.I.T.C. they are by far the best hip-hop crew of all time and I doubt we will ever see another crew so determined, hungry and innovative (Odd Future?! ... Get the fuck outta here!).

Today, the 9th of November marks the 20 year anniversary of that debut album that shook the world and in many ways took the hip-hop back to where it originated from Dre's sunny gangsta LA which was incredible dope but many heads had clearly missed that gritty basement sound that Wu and artists like Black Moon (whose debut also celebrates its 20:th this year). I don't really know what to do, but I know that I want to at least post a little something on the album. I'm going with the clean new mixes of the songs from the singles, and two fantastic articles that fans of the album will absolutely love reading. Many thanks to the homie Art Vanderlay for putting me up on SPIN's excellent "The Behind-the-Scenes Oral History of .."36 Chambers".." and EgoTripLand.com. The article Art came across is by far the best and is an absolutely fantastic read on all levels, as pretty much everybody involved in the making of that album (except for the actual artists) weigh in on the experience of making that album - the engineers, the studio manager at Chung King, and the art directors whose words together forms a fantastic look into the behind-the-scenes of "Enter The Wu-Tang". Just look at some of the following quotes: 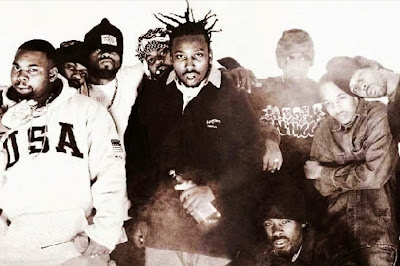 Ryman: One of my fondest memories was seeing RZA explain to the group, who were not the moguls they are today — like Meth told me back then he was living like a viking, no hot water, no heat! — that he had turned down a million-dollar offer from RCA who were looking to sign the individual rappers, as well as the group. We all know how that turned out. A very smart dude.

Gehringer: It was a little bit of a shit-show! It wasn't the cleanest of audio, and it wasn't audiophile material, and they didn't spend a lot of time mic-ing and recording stuff, but sometimes art shows up in funny ways. I get that when people do stuff real grimy, and that record just seemed to work. I took that approach when I was working with it to maintain the dirt and the griminess, but at the same time, make it pump and kick and all that stuff. Most of the group were in for the album mastering and they kinda just said, "It is what it is." They almost said — I think this is the quote — "We're not like audiophile guys, we're grimy niggas from Staten Island!"

Make sure to read the full interview which is incredibly interesting and is a perfect way to reminisce on "36 Chambers", exactly 20 years after its original release. The second article which I spotted @ EgoTrip, is a detailed account by legendary hip-hop cover photographer Daniel Hastings and his work on the album. It's an interesting read, and a great accompanying piece to the SPIN article so be sure to check out both, preferrably with the album in question blasting out your speakers loud as fuck. I don't got the clean edits on this computer yet, but stay tuned for that and more Wu goodies this imporant day.