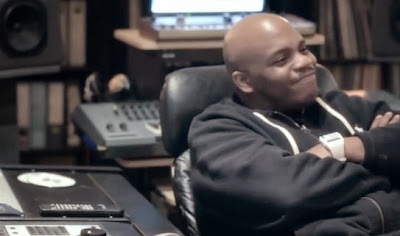 Some days, I feel Showbiz is the illest out of the four D.I.T.C. producers, other days its Buckwild or Lord Finesse, though most days Diamond D takes the top spot.. But what that proves is how incredibly tight they all are when talking quality hip hop, and what's most impressive is that since their start no other production team have constantly been so brilliant. One interesting aspect of this quartet, is that while they all pack distinctive individual styles, no matter who of them produced a mid-90s record you could probably instantly recognize a certain Diggin' in the Crates style.

Showbiz has focused his career as the head honcho for Diggin' in the Crates material; from benig the main producer for albums like "Worldwide" (2000) and "Unreleased Productions" (1994/2006), he has had a hand in launching the careers of Fat Joe, Big L, Lord Finesse and of course all the exceptional material he and AG has released, and still does, as Showbiz & AG. A heavy crate digger, who love geting his fingers dusty in the jazz and soul bins, Show is konen for crafting complex sample based music without fearing the digital and the synthesizer. If you listen to his early beats on e.g. "Funky Technician", "Soul Clap", "Runaway Slave", and early placements for the likes of The Legion and Nice & Smooth you'll heat the love of bass and horns heavy jazz shine bright. By the mid-'90s his style had become more stripped down, less jazz-infectd, and several shades darker with drums as agressive as they come... Just peep his work "Goodfellas"  (1995), Full Scale EP" (1998), and certain joints by Sadat X, KRS-One, and Big Punisher. Show's music has constantly continued to evolve from the aforemetioned tracks to his heavily stripped down soul-infected solo album "Street Talk" (2005) and plenty of dope outside placements; not to mention the large amount of Show & A reeases like "Live Hard" and their album trilogy from last year. After getting his firstt placement in 1989, Show has stayed a prolific producer, rarely letting the quality stray.  The following compilation follows Showbiz throughout his musical output over the years, so get ready to blast the volume and get that neck snapping! 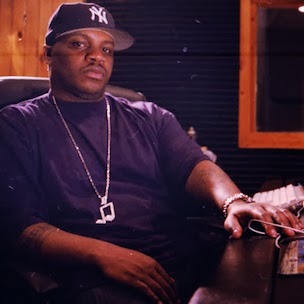 SHOWBIZ - "SHOW US WHAT YOU GOT"
Posted by lost.tapes.claaa7@gmail.com at 5:52 PM