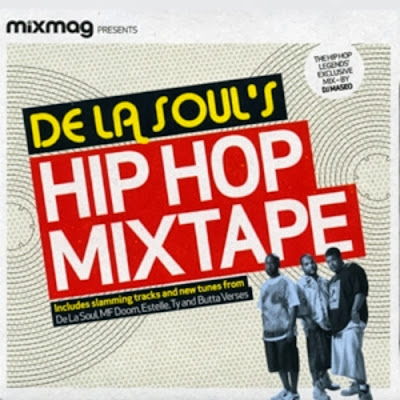 Keeping in line with the small De La Soul week(s) that's been here on The Lost Tapes the last couple of weeks, I wanted to round off with a real banger that was released around 2006. DJ Maeso has always took the background role behind Pos and Dave, but his DJ and turntable skills have never been in question as he's a truly great turntablist and live DJ (providing most of the cuts for all of the early De La albums, a couple of Tribe joints, as well as well as dabbling in production both for his own crew and guest beats for the likes of DV Alias Khryst, Tony Touch/Mos Def, and Horror City). However, he was not even at all a part of the latest semi-De La Soul album, Pos & Dave's concept joint First Serve.

Following the release of The Soul's magnificent opus "The Grind Date" (2004), the camp released no less than two mixtapes within a year. The first was the absolutely stupendous almost album-worthy "Mission Impossible" that featured 20 tracks of all of De La members spitting brand new verses, over music ranging from a few skits of early music from the earliest De La recordings, to a bunch of new slamming tracks such as "Live @ The Dug Out", the Jay Dee post-humously produced "Friends" and "Do You", "Respect", and "You Got It", and so forth. Plug, Maseo and Dave appeared on most of the cuts on the project, and the mixtape with its complete tracks excluded all DJ shouts and blends.

Barely a year after this, the one and relatively good british club and dancing magazine Mixmag released a free mixtape with the purchase in an ontgoing series they were running."The Hip Hop Tape" is presented by De La Soul, the actual mix and sequencing is completely handled by DJ Maseo - giving an impressive mix of De La's newer tracks and classics, mixed with new joints by affiliates and past working relationships like Butta Verses, Camp Lo, Ravage, Billy Ray, Estelle, and more. So in short, the biggest diifference between the two De La mixtapes of this time, is that one features full tracks and is entirely composed by new and unreleased tracks by The Soul, while the second mentioned is less focused on the group themselves but rather their influences. friends and favorites at the time. Maseo still weaves a couple of at the time rare De La joints on here, always skillfully mixed by DJ Maseo and should definitely be heard from front to back. 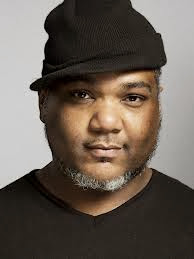 Instead of releasing this CD as compilation it's a continious mix of some of the most and hottest hip-hop music in Maseo's mind of the day, and at the end of the day the result is a terrific mixtape which I strongly recommend to anyone in doubt with the project despite the fact that De La Soul isnt' really too much involved here. This might very likely have dissapointed many fans, expecting another mix-album from the trio considering how it was marked. However it was released as a free bonus item with the always trustworthy Hip Hop Connection (R.I.P. you're cancelling meant a lot of sadness to us true heads). Still, there is at least some De La on here as well, like the first release of the noew infamous "Live @ The Dugout '87" (infamous because of DJ Scratch's allegeded beat snatch for Wu's "Watch Your Mouth"). If you haven't heard this before, thanks to the always trustworthy DatPiff we can stream (and even download it though three tracks aren't able to be downloaded unfortunately).