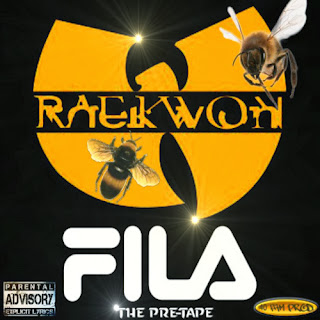 Raekwon The Chef is a hard working man. When he's not releasing albums, he is releasing mixtapes; when he's not releasing mixtapes, he's releasing loose singles; when he's not releasing loose singles, he jumps on someone else's record. Just like Roc Marciano, Rae seems to practically breathe quality verses. My personal relationship with Raekwon's music has gone through several phases; he used to be my favorite spitter of the Wu, and I was (and still is) one of those guys that'll defend "Immobilarity" to the death. Then during the first half of 2000:s, I lost a lot of faith in him - he started dropping weak verses, released one of the wackest albums in the Wu canon ever, and showcased a horrible ear for beats ("Ice Cream 2" anyone?). However when word about "Only Built 4 Cuban Linx..." started bubbling and singles like "State Of Grace", "My Corner", "Kid's That's Rich", "Flawless Crown" and "The Vatican" tapes started circulating my faih was slowly being restored. And now he's right back on top again with "CL2", "Shaolin vs. Wu-Tang", and a ton of fat guest features and mixtapes... With that being said, I'm super hyped for his upcoming sixth official album - "F.I.L.A.". The acronym stands for "Fly International Luxurious Art") and the LP is expected to be released as soon as January 2014.